Piers Morgan has called for a crackdown on social media trolling after Gemma Collins was bombarded with death threats this weekend.

It was announced that Gemma will sit down with Piers for an episode of his ITV series Life Stories this Thursday, discussing her career and personal trauma.

However, the news was met with backlash and some even sending death threats to the Towie star.

Opening up about the online abuse, Piers said on Good Morning Britain: ‘I talk about the trolling she’s got and whether you love her or hate her – she’s got two million fans on social media who love her and she’s got other people who can’t stand her – she’s a reality TV star who plays up to her character much like Katie Price.

‘Whether you do or not, no one should have to put up with people on Twitter, spewing the kind of vile abuse and death threats that they have been spewing at Gemma Collins. The moment I announced it on Twitter, out it poured, people saying “I hope you die”, literally.’

Piers then called out the social media platforms for the lack of action that is taken against those sending abuse to others online.

‘It’s more than that, this is a malevolent thing in our culture, our society now, there’s no regulation,’ Piers stated.

‘If a newspaper did that or if we did that today, if we spent the next five minutes wishing people dead, we’d be taken off air.

‘Literally, Ofcom would intervene and we’d be taken off air. But nothing happens on Twitter to these morons who abuse footballers and even Captain Tom [Moore] got it and then Gemma Collins – alright, a more divisive, polarising figure but she shouldn’t have to have people wishing her dead on a public platform with no repercussions for people that do that.’

The TV presenter added: ‘What do we do about these people who are little eggheads or smiley faces these days, or accountants with five or six numbers after their names? Who’s organising this because it orchestrated? Who are the bosses behind this?

‘This kind of “I want you dead” stuff has no place in public discourse.’

During Monday’s GMB, a teaser clip was shown of Gemma crying as her former Towie co-star Joey Essex detailed the online abuse she’s received throughout her career. 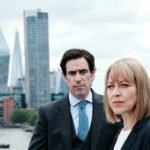 The Split: Returning with 3rd and final season as Hannah and Nathan divorce 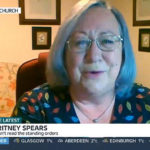