Piers Morgan is really having fun with the petition to make him Prime Minister, as he’s now released an election-style campaign video featuring support from celebrities.

The Good Morning Britain presenter was flattered by the various campaigns to get him into Downing Street and has backed calls for current Prime Minister Boris Johnson to resign after the coronavirus death toll surpassed 100,000.

On Wednesday, Piers added fuel to the momentum by unveiling his campaign video featuring appearances from the likes of Peter Andre and Strictly Come Dancing pro Kevin Clifton.

Former Towie star Mark Wright said: ‘I always thought it was gonna happen. I know he wants it, even if he tells you he doesn’t.’

A young supporter showered Piers with compliments and said: ‘I want him to be prime minister because he’s so funny and very intelligent.’

Mysterious Girl singer Peter advised: ‘If you’re gonna do it, take Susanna with you because behind every great man, do you know what I mean.’

Kevin Clifton: ‘Please, let’s not make the same mistake over and over and over again and actually elect the brains behind the operation, who is sat right next to him, and that is Susanna Reid.’

Another supporter said: ‘The UK needs a leader with common sense and telling it like it is, and that’s Piers to a T.’

However, MP Ann Widdecombe joked: ‘I think Piers might make a supreme dictator, I think I’ll stick with Boris.’

Susanna Reid wasn’t thrilled at the idea of joining Piers’ cabinet and joked: ‘I’m going to be leader of the opposition.’

Lorraine Kelly was given a spot as home secretary, Captain Sir Tom Moore as defence secretary and, of course, Dr Hilary Jones as health secretary.

Bookies have weighed in on the campaign with Betway slashing odds to 20/1 on Piers becoming Prime Minister any time in the next year. 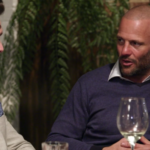 Jennifer Lopez and Matthew McConaughey reminisce over The Wedding Planner 20 years later: ‘We did pretty good’