Piers Morgan joked that he was ‘relieved’ Susanna Reid wore a more conservative outfit after she was criticised for showing a bit of cleavage earlier in the week.

Susanna, 53, appeared on Good Morning Britain on Wednesday in a green satin dress which featured a leopard print design and low-cut neckline.

However, it was too much of an eyeful for some viewers who branded the outfit ‘inappropriate’ for breakfast TV.

Of course, Susanna’s co-host couldn’t resist mocking her over the backlash and highlighted the negative comments on Wednesday morning.

‘I hadn’t really noticed because obviously I don’t objectify you in the workplace,’ Piers began before reading some tweets from viewers including one who claimed they ‘almost spit out [their] coffee’, while another said Susanna’s outfit ‘distracted’ from the presenters’ interview with Priti Patel.

‘Yes, women shouldn’t have boobs at breakfast,’ Susanna hit back.

Piers then quipped: ‘I’m very relieved on behalf of the nation that you’ve decided to put them away today because we can’t cope with that kind of heat at 6:43 in the morning.’

Viewers rushed to defend Susanna against the criticism, with one writing: ‘I can’t believe there was so much fuss. Anyone who is a huge fan of you, as I am. Knows how extremely beautiful you are you cleavage is is part of you.

‘People went absolutely crazy about it.’

‘Susanna looked lovely – my good it was a tiny bit of cleavage… if that is all some people have to complaine [sic] about in a national pandemic surely they need to have a re think about priorities,’ another said.

One other GMB viewer tweeted: ‘If you’ve got it, flaunt it! I thought you looked stunning, as always.’

Another joked: ‘Oh dear god, people need to lighten up. It’s not like she pulled a Janet jackson at the super bowl.’ 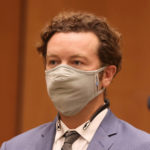 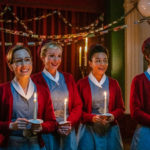