Piers Morgan has affirmed he is ‘done’ with Donald Trump and has ruled out rebuilding their friendship following the former president’s response to a slew of crises in America.

The pair were famously close after the Good Morning Britain presenter won Celebrity Apprentice USA in 2008.

Trump gave several exclusive interviews to Good Moring Britain during his single term as commander-in-chief and but tensions mounted during his unforgivable handling of the coronavirus pandemic and recent riots building up to the inauguration of President Joe Biden.

Following Trump’s swift exit from The White House yesterday, Morgan has declared their long-standing relationship is over.

‘For people like me who liked Trump, who got on with him and known him for a long time, way longer before he was a politician and after, it was incredibly disappointing to see him lose his mind, lose any sense of leadership and in the end actually inspire a riot against the heart of American democracy,’ he told co-host Alex Beresford during today’s GMB.

‘At that point I was done,’ he stressed. ‘That’s it, sorry, I can’t be with someone like that.’

When the weather reporter asked if there was any chance of a reconciliation, Morgan said: ‘I don’t think so now. I am a completely loyal person, I stuck with him when everyone was loathing him.

‘People either love or loathe Trump. He got 10 million more people voting for him this time than last time so he’s a polarising figure.’

‘I have always got on well with him, I did his Apprentice show 12 years ago – that is when we became friends,’ he continued.

‘He is what he is, he’s an extraordinary, unique character – good, bad and ugly.

‘The problem is when America got really tested, that was always the unanswered question – in a real crisis what would he be like? And the truth is he turned out to be an utter disaster.’

Trump was the first president not to attend his successor’s inauguration since 1861, becoming only the fourth president in history to do so.

Instead, former vice-president Mike Pence welcomed Biden to The White House while Trump fled to his Florida residency. 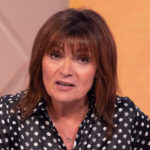 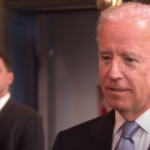