President Joe Biden’s iconic appearance on Parks and Recreation has resurfaced after his White House inauguration.

The 78-year-old was sworn in as the 46th president of the United States on January 20, with Lady Gaga, Katy Perry, John Legend and Jennifer Lopez among those commemorating the day.

Parks and Rec fans watching on from home couldn’t help celebrating in their own way, remembering his two cameos on the comedy.

The politician briefly appeared in a 2021 season five episode when he was introduced to super-fan Leslie Knope (Amy Poehler) and Ben Wyatt (Adam Scott).

Leslie couldn’t contain herself during their chat, telling her idol: ‘My name just came out of your mouth.

‘This isn’t happening, this isn’t real.’

Chuckling, Mr Biden replied: ‘It’s happening, I’m delighted to have you here. On behalf of the President and myself…

‘The reason you’re here is I’m told you’ve done a such great job in your town and the state of Indiana and I just want to say congratulations for your public service.’

‘I just want to say thank you,’ she responded while grabbing his hands, before being dragged away by Ben.

‘You don’t let anything happen to him, you understand me? He is precious cargo,’ she warned a security agent on their exit.

Mr Biden also made a second appearance in the finale episode, three years later, when he became pals with Leslie in a flashforward segment.

Viewers recalled the scenes while taking in his inauguration, with Leslie Knope quickly trending on Twitter.

‘Today we are all Leslie Knope,’ one fan penned with snaps from his cameo.

‘I can only imagine how excited Leslie Knope would be right now,’ a Twitter user commented.

While the Official Parks and Recreation account got in on the action, adding: ‘Leslie Knope is doing great. Thanks for asking!’

Anyone else desperate for a reunion?

Parks and Recreation is available to stream on Amazon Prime Video UK. 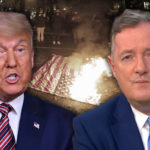 Piers Morgan’s friendship with Donald Trump is officially ‘done’ after ‘disastrous’ presidency: ‘I can’t be with someone like that’ 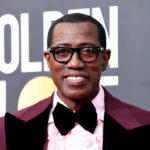