Ranvir Singh was left in tears during today’s Lorraine as Dr Alex George spoke movingly about his late brother.

The presenter called the former Love Island star and mental health ambassador ‘amazing’ as he reflected on his experiences over the past 12 months.

Dr Alex’s brother Llyr died aged 19 in July last year, with the reality star confirming at the time that he had ‘lost his little brother to mental health’.

The former reality star previously reflected on turning 30 following the death of his brother, and he spoke on Tuesday’s show about dealing with loss.

He told Ranvir: ‘There have been moments in this last year when I’ve really struggled. I’m happy to say that. We need those people around us to support us. There have been times when I’ve had to say “I’m finding it really tough right now.”’

Dr Alex went on to say: ‘Resilience is being able to bend and flex, by bringing people into help you and pick yourself up again.’ 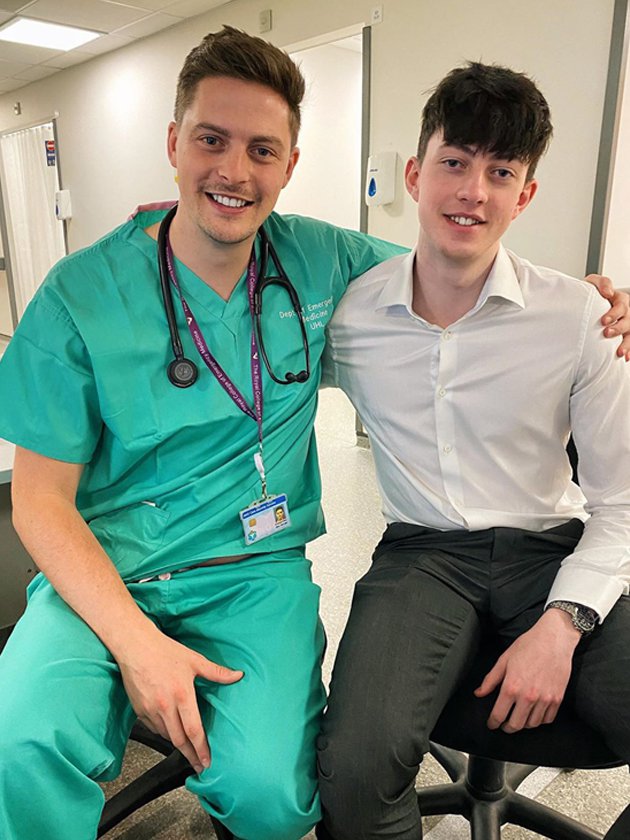 Dr Alex opened up about losing his brother in 2020 (Picture: Dr Alex George/Instagram)

Ranvir replied: ‘I think you’re amazing, for what you do and all the pain you’ve carried. I feel quite emotional speaking to you, because we all think of our own families. Thank you for everything you’re doing.’

Dr Alex was appointed as an ambassador to advise the government on mental health and he discussed his role – which he balanced with a role on an A&E ward during the pandemic.

He wrote at the time: ‘As I look forward to my 30s, I do so with optimism that we can build a future where happiness, wellbeing and health is the priority for us all. I will do everything I can to help on this journey and bring real change.’ Alex previously shared a touching tribute to his late brother Llyr on what would have been his 20th birthday.

In an Instagram post, the former Love Island star uploaded a picture of his younger brother proudly posing beside him on the day he graduated as a doctor.

Dr Alex recalled the then 14-year-old ‘running up to him after the ceremony with the biggest smile.’

‘I was so excited for you to follow in my footsteps, you would have been the most amazing doctor,’ Alex said about Llyr, who passed away weeks before he was due to start medical school. Ricky Gervais left ‘lying on the floor like a sad, fat turtle’ after injuring his back while tying his shoe