Richard Madeley has been called out by Good Morning Britain viewers after referring to Labour’s Deputy leader as Keir Starmer’s ‘best girl’.

Madeley and his co-host Ranvir Singh welcomed Mr Starmer onto Monday’s GMB following the recent Labour Party conference when the presenter made the strange remark.

After Mrs. Rayner came under fire for commenting on ‘Tory scum’ which began trending on social media following the death of Conservtaive MP Sir David Amess, Madeley asked Starmer if he was keeping her ‘out of sight’.

After the Opposition Leader stressed that was simply ‘not true’, Madeley said: ‘So, she’s still your best girl?’

Naturally, the remark has received plenty of criticism on Twitter.

Beneath a clip of the moment, one viewer wrote: ‘It’s really about time that you replaced Alan Richard Madeley Parsons! He’s offensive! Stopped watching when it’s him on!’

Do you think there’s a penguin’s chance in hell he would have said ‘best boy’ and not something like ‘best man’ or ‘top guy’ if the deputy leader had been male? pic.twitter.com/hmBlUFjmFn

Someone else said the remark was ‘creepy’, while another asked: ‘are we still in the 1940s?’

Madeley is currently in the middle of a month-long stint presenting Good Morning Britain.

Last week alone he was blasted for commenting on Kate MIddelton’s ‘tiny waist’, calling a female guest ‘darling’, and appearing to victim-blame a girl whose drink was spiked on a night out. 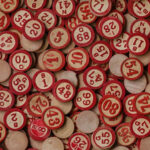