Richard Osman has revealed that he was rejected from an appearance on Who Do You Think You Are? because his family lineage wasn’t ‘exciting’.

The 50-year-old Pointless presenter claimed that producers of the BBC programme had approached him and carried out some research into his ancestors, but decided not to go through with signing him up for the show.

‘I was researched for Who Do You Think They Are? but they found nothing exciting,’ Richard told his followers on Twitter. ‘I wasn’t expecting royalty but I was hoping there might at least be a pirate or two.’

One fan hilariously noted: ‘So the whole exercise was Pointless, you might say?’

Richard was born in Billericay, Essex and grew up in Haywards Heath, West Sussex.

When he was nine, his father walked out on the family, which Richard has said created difficulty for the rest of his life.

His elder brother is musician Mat Osman, the bass guitarist in the rock band Suede.

Who Do You Think You Are? Is a genealogy documentary series that has aired on the BBC since 2004.

A number of celebrities have appeared on the programme across its 17 series, including the likes of Danny Dyer, Mary Berry and Richard Osman’s Pointless co-host Alexander Armstrong.

Britain’s Got Talent judge David Walliams appeared in the most recent edition of the show and revealed his ‘relief’ that things turned out better than Jack Whitehall’s episode.

If you don’t remember the 2019 chapter, comedian Jack learned that his ancestor, Thomas Jones Phillips, was part of a political movement preventing the working class public from being able to vote.

The whole thing became quite awkward as Jack and his dad, Michael, delved even further into their family history.

Who Do You Think You Are? is available to stream on BBC iPlayer. 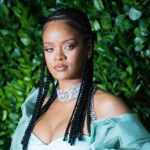 Rihanna reveals her fitness regime but doesn’t follow diets: ‘If I want a cheeseburger I’ll have one’ 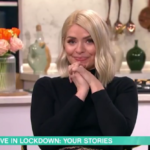