Strictly Come Dancing’s Oti Mabuse has been lined-up to replace Rita Ora in the upcoming series of The Masked Dancer, according to reports.

Oti is believed to be in the running for the new ITV show which has already been a hit in America with judges Paula Abdul, Ken Jeong, Brian Austin Green and Ashley Tisdale deciphering which mystery celebrity is dancing behind a mask.

Rita, who has appeared on both series of The Masked Singer, is said to be too tied up with The Voice Australia to participate in filming a third cycle, leaving her spot on the panel open.

According to The Mirror, Oti – who was a huge hit as judge on The Greatest Dancer – is now the top choice for bosses to fill her spot, with Jonathan Ross, Davina McCall and Mo Gilligan scheduled to return to their places in the judges’ seats.

‘With her dance experience and popularity with audiences, she’d be perfect for The Masked Dancer,’ the paper’s source said.

The source added that Rita breaking lockdown rules to throw herself a birthday party at a London restaurant ‘didn’t do her any favours’ with the ITV creative team, who have stringent regulations in place so the show can go ahead.

The current series of The Masked Singer was shot last summer, before the November bash.

A massive hit for ITV, The Masked Singer finale will air this Saturday, with Rita and the rest of the judges set to unmask the three remaining contestants.

Sausage, Robin and Badger remain in the competition, with the celebrity identity’s still a mystery.

The Masked Dancer is yet to be given a release date by ITV. 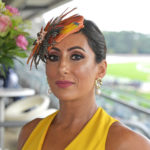 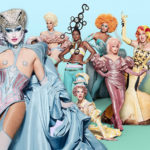