When RuPaul’s Drag Race came to the UK, we had hoped that it would be jam-packed full of British cultural references.

So imagine our delight when Mama Ru and Michelle Visage quoted one of the most iconic exchanges in soap history.

Viewers were in stitches as RuPaul and fellow judge Michelle acted out the legendary ‘You ain’t my mother! Yes I am!’ moment from EastEnders on the latest episode of RuPaul’s Drag Race UK.

As Ru sashayed onto the main stage, she asked who wore it best, Michelle or Kat Slater, as the Strictly star was wearing a leopard print dress.

Embodying her best Zoe Slater, Michelle shouted: ‘You ain’t my mother’, with RuPaul screaming back: ‘Yes I am!’

For any US viewers baffled as to why the panel burst out laughing, the pair were referencing the iconic 2001 EastEnders episode when Kat Slater (Jessie Wallace) revealed to Zoe (Michelle Ryan) that she was not her sister, but in fact her mother.

Drag Race fans watching last night’s episode were loving the two Americans’ homage to the scene, and hoped for more EastEnders references throughout the show.

While we’re not sure how much Ru knows about Albert Square, Michelle is a big EastEnders fan, preferring the BBC soap to Coronation Street because ‘I believe I am Kat Moon’s American cousin’.

This isn’t even the first time Kat has made an appearance on the show, as series one contestant Vinegar Strokes entered the workroom for the first time announcing: ‘I didn’t become a little bit of a slag, I became a total slag.’

As well as the EastEnders moment, viewers noticed another brilliantly British reference in last night’s episode, as Tayce quoted Brenda from Bristol’s legendary line ‘Not another one’.

Fans of the show can expect even more British culture over the next few weeks, as guest judges include Lorraine Kelly and Dawn French, while Gemma Collins and Natalie Cassidy are set to make guest appearances.

And of course, we have Snatch Game to look forward to, and we hope that the remaining queens will be choosing some British icons to emulate.

On the premiere of series two, the queens were tasked with paying tribute to a British cultural icon, and we were not disappointed. 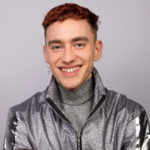 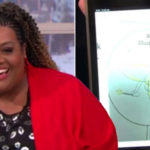