But as per usual with our fave reality series, it was the drama and scandal off the stage that left us gagging, and it. had. everything.

The thing with the musical episode is it relies heavily on the musical itself – and if that’s rubbish (*cough* US season 10’s PharmaRusical *cough*) then there’s very little the Queens can do to elevate it.

So thank God this is one of the better ones, with as much room for the contestants to shine as well as go wrong, plus a load of Andrew Lloyd Weber shade and more than a few digs at the Tom Hooper 2019 film which may-or-may-not have a butthole cut.

Ending it all with a reveal runway, it was then left to the judges to decide, who hit the high note, and who went a bit flat in their efforts?

Here’s what we thought of the queens this week – from top to bottom.

Well hello, Veronica! Our shy and retiring queen who couldn’t quite pin down ‘who she was’ in episode one made sure every second counted in episode two.

A musical queen at heart (we called it), Veronica really shined this week, and somehow managed to look sexy when dressed up like a stripper rat complete with mouse nipple tassels.

(You have to see to believe).

Her Stepford Wives-inspired runway look made her go from I Dream Of Jeannie to C3PO and we were just in love.

Throw in her continuing to just be the cutest in the confessionals, and she’s our winner this week.

Despite the fact she’s probably the least polished queen on the series, Tia has that ‘it’ factor that means you just can’t take your eyes off her.

Always there to bring some light-hearted sarcasm into a situation, Tia has the ability to remind you that, above all things, drag should be fun, and people should be enjoying themselves.

As Specimen #1 in the Rusical, she committed to her one bit and stood out prominently with her comedy timing, with her crawl off the stage just *chef’s kiss*.

But that runway – while the beefcake look was hilarious, the can can dress just didn’t work in practice. And you’d think after all the jokes made at the expense of her wigs, she would have at least, you know… brushed it.

She’s gonna need to up her glamour stakes or she’s in trouble.

It’s so weird that Lawrence is declared the cockiest queen, because generally she seems to be the one with the biggest confidence issues outside of drag.

Considering Lawrence one of the leading confessional stars, it’s pretty sad to see because she is so much fun. This was clearly the challenge she’d been dreading, and at least it’s out the way now.

To be fair to her, the choreographers could’ve tweaked her role to make her lack of dance skills work for her and a character choice, but we think she did quite well to be fair, and certainly stood out the most against Cherry and Sister.

Her blue/tartan reveal look didn’t blow us away in comparison to the others, but there’s something endearing about her, we’re hoping that she’ll come into her own over the next couple of episodes.

After crashing to the bottom two in week one, Bimini knew she needed to step herself up this week in order to stay in the game – and she really did.

She was smart and deliberately went for a role that played to her strengths and hid her weaknesses – and it paid off as one of the most fun characters going.

As a punk-rock rat Depravity she gave it her all, even when her scene partner A’Whorea wasn’t quite living up to it.

It’s just such a shame that her balloon-popping canvas outfit didn’t quite work out as planned, otherwise she would’ve been higher.

After becoming the first ever winner last week, Asttina was keen to keep up the momentum this episode, even putting herself as one of the leading roles in Rats.

However, because her character was essentially there to dip in, introduce us to the next performers, and dip out again, there wasn’t much for us to really note of her – apart from her duet with Veronica, where she was cute but provided back up.

We will defend that Asos jacket to the end of the world for her, but her Mortal Kombat look on the runway was missing a little oomph this week – even if it did show off her killer bod.

Perhaps revealing the teeth sooner would’ve helped? But basically, a one-piece didn’t seem like enough when everyone else went to so much effort.

She knows her style though, and her confident sass in the confessionals are everything to us, so we’re hoping she pulls back next week.

Ginny in Bimini’s barely there mankini may have been burned into our eyes for life.

Her Dame Judi Stench look made us fully cackle, but she lost points for forgetting and stumbling on her words.

Despite spending most of the episode dressed in tie-dye and a silk kimono, there was not much really to report on Ginny this episode. Until that runway.

Flashing her bum in a dress seemingly made out of the wallpaper my nan used to have, she had us at ‘croc platforms’. Sue Pollard would be proud.

A’Whorea really has a thing against that Asos jacket, doesn’t she? And we can’t deny, it’s entertaining to watch.

But it’s definitely getting under the skin of her competitors, with Ginny (correctly) dubbing her ‘a right s**t-stirrer’ – and her Secretary of Shade title worn like a badge of honour.

Though it seems anyone can be taken down a peg by being read by Michelle Visage.

A’Whorea seemed a little touch-and-go as Miss Dysentery during rehearsals, but she came up with the goods in the final show, successfully matching up to Bimini as the aggressive competitive rats.

Her bride/groom reveal was a beauty too. She’s definitely one to be watching.

Cherry’s vicious side came out a little this episode, and we’re not sure if this was an editing thing or not, but we didn’t like it.

When fighting for a role in the show, Cherry seemed quick to go for Veronica, and even with A’Whorea’s recommendation, didn’t seem to make any effort to prove she could do the job, other than repeat ‘I’m amazing, I can do it.’

It’s a curse to be that vocally confident in a reality competition, and just like those before her, she fell as a result, disappearing as a chorus rat despite being the centre of them all.

Her yellow and black pregnancy look was cute but we were kind of expecting more to come from it (after all, giving birth on the runway really would’ve fit the ‘surprise, surprise’ theme more). She was rocking a Kris Jenner look in that bob though, and was painted beautifully.

Cherry had more to give to this competition which is what’s so disappointing about such an early exit, and her discussion on still struggling to be herself given her background broke our hearts a bit.

She’s a fierce queen and we’re going to miss that addictive laugh of hers around the workroom.

As the official, certified trade of the season, Tayce’s fashion in and out of drag we’re just obsessed over.

Fulling leaning into the Todrick Hall fantasy this episode, Tayce casually wearing a leather harness and a beret to a singing rehearsal and making it look chic should be applauded.

Also the scandal of her and A’Whorea getting it on at some point definitely gave us some gossip we were desperately craving.

We didn’t even think she did that badly in the main challenge (apart from that blip at the beginning where she seemed to lose her words), When she was vogueing against Ellie, it was her we were paying attention to.

We’re going to assume she was nudged into the bottom because of the runway, which was so red-on-red-on-red-on-red that the reveals and surprises just weren’t clear enough.

Ellie didn’t stand out much this week – like at all. Which is some effort considering she’s 6ft 2in.

In the musical, even when she only shared a stage with Tayce, who landed in the bottom, there was nothing major to note about her. She wasn’t bad, but in our notes after the episode, we didn’t write anything. Which is a problem.

She’s saved from the bottom position by managing to incorporate three looks in one with her surprise runway, but this sadly wasn’t her strongest week.

We’re keeping our fingers crossed she steps up and stands out soon.

Sister Sister, like Ellie, disappeared for us this week, with not much to really say and her position within a group ensemble meaning she didn’t have to stand out.

Her confessionals were pretty blunt, and while the C**k Destroyer transformation from the domestic housewife was pretty great, she was overshadowed by Veronica, who had a similar and more out-the-box idea.

Sister is definitely still entertaining, and those little elf ears she wore around the workroom, just because, were adorable, but unfortunately it wasn’t enough for us to justify putting her above any of the others.

We’ve not given up on her at all, but Sis you need to up your game. 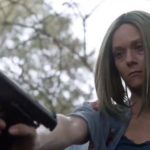 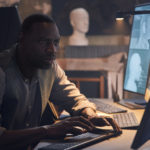 Is Netflix’s Lupin based on a book and what is it about?