Veronica Green has opened up about her sudden exit from RuPaul’s Drag Race UK after testing positive for coronavirus.

Tonight’s episode saw the remaining queens forced into a seven-month filming break due to the coronavirus outbreak, returning with a Eurovision-style spectacular – but Veronica was noticeably missing.

Unfortunately, due to a positive Covid test result, Veronica, real name Kevin Grogan, was told she could not come back for the rest of the series.

Speaking about what happened, Veronica said: ‘When I found out I was not allowed back on set and had been withdrawn from the competition I cried.

‘I was upset for about three days. All the hard work I’d put into the show and the effort I’d made preparing to return felt like it was all for nothing…’

Thankfully, the star has been given an invitation to appear in season three, which is currently being cast, and compete again.

When the other queens were told the news in the work room, Tia Kofi burst into tears and said in the confessionals: ‘I am absolutely devastated. I’m heartbroken for her.

‘To hear that she’s not coming back… it’s completely thrown me off.’

Even A’Whora, who Veronica has had more than one clash with, admitted she was gutted to see her fellow competitor go this way.

‘We don’t have the greatest relationship, but it’s hard to see anyone leave the competition that way,’ A’Whora said.

‘But I know she’s a force to be reckoned with, and when it’s her time, she’s going to conquer.’

Thankfully, Veronica has since made a full recovery, and is keeping positive about her experience, which included earning a RuPeter badge for winning the musicals challenge, Rats, in episode two.

‘I learned that not everyone gets my sense of humour and that’s ok,’ she said. ‘I’ve also learned that I need to be quicker getting into drag as I was always one of the last queens ready for the runway!

See you next season, queen! 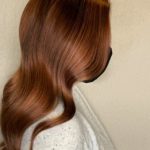