RuPaul’s Drag Race UK star Ginny Lemon has thanked fans in a sweet statement after coming out as non-binary on the show.

The drag queen opened up about their gender identity in last week’s episode of the reality competition, in an emotional heart-to-heart with Sister Sister and fellow non-binary queen, Bimini Bon Boulash.

Viewers around the world soon flocked to social media to praise the incredibly honest moment, with some fans even saying it gave them the strength to come out to their families.

Ginny has now released a statement online thanking fans for their unwavering support, resharing the video of the conversation.

They wrote: ‘Pwease forgive me for not responding sooner to all your amazing outpouring of love from thousands of people around the world and those of you who have known me a long time.

‘I never thought about the impact that conversation with Sister and Bimini would have, and I’m flabbergasted by the reaction.

‘Seeing myself on the screen like that was so raw and I’m still processing and form a response. (sic).

‘I’m sharing this video again because no matter how raw it may be for me, I just know especially in the most peculiar of times we can all seek solstice in knowing that we are all on that journey of loving oneself. Ourselves. Yourself. Especially to my non binary trans siblings or anyone who has felt like an outsider. (sic).

Bimini, real name Tommy Hibbitts, has also since spoken out with an essay on gender identity, talking about how they came to terms with who they were and the difficulties they faced being assigned male at birth.

As part of their statement, they wrote: ‘I consider the concept of gender as a spectrum and I float somewhere in the middle.

‘With drag, I don’t see what I do as female impersonation or illusion, more an expression of my identity and how I feel on the inside, Bimini is me just as much as Tommy is me.’

RuPaul’s Drag Race UK airs Thursdays at 7pm on BBC iPlayer in the UK and internationally on WOW Presents. 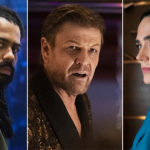 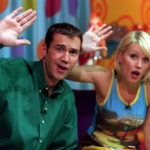