Saturday Kitchen presenter Matt Tebbutt was caught making an embarrassing blunder on today’s programme, when he was captured seemingly using strong language during the live broadcast.

On the latest episode of the cooking show, Matt and chefs Shivi Ramoutar and Tom Brown were joined by comedian Ed Gamble.

Just after the continuity announcer finished introducing Saturday Kitchen on BBC One – and before the cameras started rolling in the studio – Matt’s voicecould be heard.

‘Bloody hell Murray, that’s miles away,’ he appeared to say.

Once he became visible on screen, he welcomed his audience to the show, stating: ‘Good morning, we are on a mission to brighten your day with some delicious company and fabulous food.’

However, the mishap didn’t go unnoticed by viewers, many of whom found it highly amusing.

‘Perils of Live television, you should always assume the mic is live even when not in vision,’ one person tweeted.

‘Yes guys we heard the fruity language about something [being] a distance away….lol,’ another stated.

‘The perils of live TV, love it,’ they added.

Well that’s one way to get everyone’s attention on a Saturday morning.

During the programme, Tom showed viewers how to make a monkfish satay dish, complete with roasted carrots, peanuts and lime.

This was followed by Matt’s rack of lamb with purple sprouting broccoli, chilli and anchovy, while Shivi offered a meal consisting of salt fish fritters, ‘zing ting’ aioli and a winter citrus salad.

Matt’s brush with bad language wasn’t the first incident of a cringeworthy TV moment to take place this week.

Earlier this week, fitness star Joe Wicks expressed his embarrassment after letting out a fart during one of his live YouTube workouts.

He opened up about the incident to Mark Wright on Heart radio.

‘I’m so embarrassed by what’s happened today,’ he said.

‘Basically, I filmed my first P.E with Joe yesterday, live at 9am, right. I pressed the live button just on my YouTube stream, and just before, I’m talking 20 seconds before, something slipped out Mark… and you can guess what it will be Mark…’

Joe added that it was ‘honestly the longest ripper I’ve ever let out in my life’. Just what we all needed to know.

Saturday Kitchen returns next Saturday at 10am on BBC One. 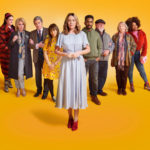 How Finding Alice captures the terrifying and tedious reality of grief 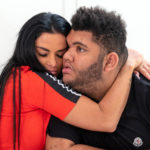