Saved By The Bell star Dustin Diamond has sadly died at the age of 44, leading fans to remember his character Screech’s best moments on the show.

The star of the hugely popular show was recently diagnosed with stage four lung cancer. His rep then confirmed the actor had died with his girlfriend by his side on Monday.

Dustin, who famously played Screech on the hit show, was remembered by his former co-stars, with Mario Lopez, Mark-Paul Gosselaar, and Tiffani Thiessen leading tributes to the late actor on social media.

‘Deeply saddened to hear of the passing of Dustin Diamond, a true comedic genius. My sincere condolences to his family and friends,’ Mark-Paul tweeted.

‘I am deeply saddened by the news of my old co-star @realdustindiamond passing. Life is extremely fragile and it’s something we should never take for granted. God speed Dustin,’ Tiffani added.

Dustin played the character of Screech on-screen for 13 years and brought joy to many in his role Screech – here are some of his greatest moments from Saved by The Bell.

Remember when Screech created a sentient robot called Kevin in his bedroom, with sarcastic speech and cocoa-making ability? It’s one of the things that went a little under the radar during the show’s original run, and an incredible achievement by anyone’s reckoning.

In the same episode, Zach asks Screech to tutor Kelly, and gets jealous after she develops a crush on him. It’s one of Screech’s finest moments.

Screech came out on top in the Miss Bayside contest during one memorable episode during season two. While others regularly stole the spotlight from him, it was a rare chance to see Screech take the top prize in the gender-neutral competition. He beat Kelly Kapowski’s (Tiffani Thiessen) and A.C. Slater on the way to victory – even if his robot Kevin gave him a black eye.

Screech stands up to Zach

Zach and Screech’s friendship didn’t always go smoothly on the show. While there was an undeniable bond between them, Zach often took advantage of him. It was a significant moment in season 4’s episode The Bayside Triangle, where Screech stands up to Zack and rips his shirt after catching him kiss his crush, Lisa Turtle.

Screech takes on a chess master

He didn’t always get the chance to be the hero, but Screech had a shot at glory in season 3 episode Check Your Mate. It saw him square off against the resident chess champion from Valley High – a Russian exchange student – with the spotlight firmly on him for a change. Violet gives him encouragement, too, in a big episode for Screech.

One of Screech’s funniest moments came when Slater asks him to look at season 4 episode Slater’s Friend.

After the lizard dies, Screech and Zack set off on a wild goose chase to find a replacement in time, with hilarity ensuing.

We even get to see Slater dressed in a bizarre lizard outfit as Slater asks Screech’s guilty consciences lead to some strange dreams. 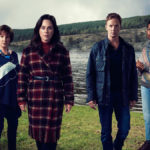 The Drowning episode 1: Is Daniel Jodie’s son? 5 huge questions we have 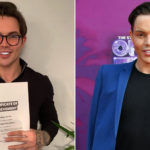