Sex And The City author Candace Bushnell is confident the new HBO reboot will work ‘just fine’ without Kim Cattrall.

It was confirmed earlier this week that the hit TV show would be returning for another chapter under the title And Just Like That, with Sarah Jessica Parker, Kristin Davis and Cynthia Nixon all reprising their roles.

However, Kim will not be making a comeback as Samantha, hinting that she ‘put herself first’.

Author Bushnell, who wrote the book on which the TV show is based, reckons the upcoming new series will work without the character of Samantha and thinks that it’ll give the others more space to explore their own sexuality.

Bushnell added to PageSix.com: ‘Samantha is always going to be an inspiration to them…

‘So somehow, I imagine she’ll be there in spirit and as an inspiration that gives them a chance of exploring sexuality with different characters.’

Jessica Parker has insisted there’s no bad blood between herself and Cattrall, who have had years of public fallouts.

Responding to a fan on Instagram who claimed their feud is behind Cattrall’s absence, she wrote: ‘No, I don’t dislike her.

‘I’ve never said that. Never would. Samantha isn’t part of this story. But she will always be part of us. No matter where we are or what we do. X (sic).’

HBO Max confirmed the revival, titled And Just Like That, will begin production in spring with 10 episodes in the pipeline.

And Just Like That will air on HBO Max. 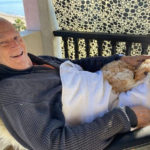 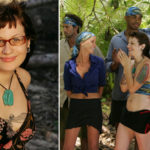