Sad times, Simpsons fans. There isn’t a new live-action movie on the way, despite what you might have seen online.

Some fans got a bit too excited after one of the writer’s Mike Reiss posted a tweet about Melania Trump signing on to play the character Boobarella.

The post got so many fans worked up about the prospect of a new live-action version of the iconic cartoon series that Reiss had to share another tweet setting the record straight.

‘There is no live-action Simpsons movie. If there were, I don’t think our first announcement would be about the casting of Boobarella.’

You heard the man, no live-action goodness is anytime soon. Sorry folks.

The cartoon series, which was first launched in 1989, was originally created by Matt Groening and has become an American institution thanks to its almost endless back catalog spanning its 31-year history.

However, the cartoon is making headlines more than ever thanks to a whole load of eerily-accurate predictions about the future.

Getting even more of a new life now the entire catalogue is on Disney+, the show seems to have a never-ending stream of easter eggs still being dug up by fans.

The Simpsons is available on Disney Plus. 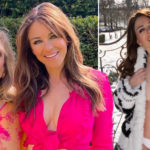 Liz Hurley reveals 80-year-old mum took topless snow photos, not her son Damian: ‘Not sure if that puts minds at rest or not’ 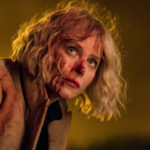