Warning: spoilers ahead for season two of Snowpiercer.

The second season of Snowpiercer on Netflix has brought several new characters into the mix, after supply train Big Alice – which the passengers of Snowpiercer had no idea was still in existence – latched onto its carriages and made itself part of a larger train.

The merging of the two vehicles brought with it the arrival of the power-hungry Mr Wilford (Sean Bean), who engineer Melanie Cavill (Jennifer Connelly) previously impersonated and believed to be dead, while also marking the introduction of Alexandra Cavill (Rowan Blanchard), Melanie’s teenage daughter.

In season one, one of the most devastating moments comes when Josie (Katie McGuinness), a member of the Tail section of the train and a lover of rebellion leader Andre Layton (Daveed Diggs), has an altercation with Melanie, resulting in her supposed death.

However, as we’ve learnt in the latest episodes, Josie is very much alive, although she is hardly recognisable and swathed in bandages.

So what happened to Josie and how did she survive?

What happened to Josie in season one?

Before the Tail successfully carries out their revolution in season one, which was released last year, Josie sneaks into other parts of the train in an effort to pick up valuable pieces of information that could help their cause.

After Melanie discovers that Josie helped Layton to escape from the Drawers, where he was being kept in a catatonic state, she places Josie in an interrogation room, where she attempts to torture information out of her using an ice spray on her fingers.

When Melanie is briefly absent from the room, Josie calls on sympathetic Brakeman Till (Mickey Sumner) to help her, having her freeze her entire hand so she can break free from the handcuff on the table and fight Melanie.

However, when Melanie fills the room with the outside air, she manages to get out, leaving Josie to freeze to death.

How did Josie survive?

It didn’t seem like there was any possibility that Josie could have survived her encounter with Melanie… which makes it even more shocking when we learn in season two that she is still alive.

She is found by Layton’s ex-wife Zarah (Sheila Vand) – who is now pregnant with his child – in a medical cabin in Second Class, the doctors unaware of who she really is due to the severe frostbite that covers her body.

At first, Zarah decides to kill Josie by messing with her IV drip so that she won’t cause any complications with her life with Layton.

However, she quickly rescinds this decision, letting Josie live and rushing to tell Layton that she is alive.

In the third episode of season two, Josie is able to speak to Layton and has him place a mirror in front of her so that she can see what she looks like with her bandage taken off.

But how did she survive in the first place?

To have lived through her ordeal, she must have surely received help from someone who was aware she was alive the entire time, as there’s no way she would have survived being left in a freezing cold room with no protection on her own.

While her return may not have been expected, we’d hasten a prediction that Josie is going to be treated by Big Alice scientists Mr and Mrs Headwood (Damian Young and Sakina Jaffrey), who were able to effectively cure Melanie’s frostbite and are behind the creation of Icy Bob (Andre Tricoteux), Mr Wilford’s henchman who is able to withstand extremely low levels of cold.

Let’s just hope she doesn’t become an ally of Mr Wilford in the process. 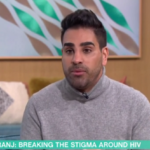 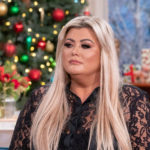