Warning: spoilers ahead for The Bay series two episode two.

The murder case of Stephen Marshbrook (Stephen Tompkinson) in series two of The Bay is becoming more complex by the week.

After some thorough investigating, Lisa Armstrong (Morven Christie), Med Kharim (Taheen Modak) and Tony Manning (Daniel Ryan) make strong progress, learning that there was a young girl called Cassie (Kelcie Atkinson) on the scene they hadn’t previously been aware of and that Stephen did not entirely trust other members of his family.

So where does that leave viewers as they look ahead to episode three? These are the biggest questions we have about the crime drama so far.

Who is behind Stephen’s murder?

In the season two premiere of The Bay, Lisa discovered from the shy Oliver that he had seen a tattoo on the wrist of the man who shot his father, an image of a black bird with two heads.

After some investigation, the team as the West Lancashire police force discover that there are certain flags that feature two-headed birds on them – the flags for Serbia, the Russian Federation and Albania, the last of which bears the strongest similarity to the tattoo Oliver saw.

The murder weapon, which is found discarded a short distance from the Marshbrook’s family home, is discovered to be a Glock semi-automatic gun.

With the clues pointing towards Stephen’s murder being a professional job, who is behind his death and why would they have wanted him dead?

What is going on at the Bradwell and Marshbrook family law firm?

While on the outside the Marshbrook/Bradwell family unit may have seemed as perfect as can be – with the exception that they are estranged from Stephen and Rose’s daughter Grace (Amy James-Kelly), upon closer inspection, it appears there were several cracks hidden away.

To start with, the patriarch of the family Bill Bradwell (James Cosmo) is becoming fed up with his son Mark (Steven Robertson) and his daughter-in-law Stella (Sunetra Sarker) fussing over him as they notice him becoming increasingly forgetful.

But what’s going on within the family law firm is what raises eyebrows the most.

After Mark turns down Lisa and Med’s request for all of Stephen’s client files, Lyn Chee (Wendy Kweh), who works in the office, hands over a USB stick with all of the content they need.

After taking a look at the USB with their boss Tony, Lisa spots that there are certain names missing.

Lyn explains to her that this may be because Bill keeps a separate record of his own clients.

However, things become even more dubious later on when the police force learn that Stephen made a £2,000 payment to a forensic accountant called Chris McGregor, as he suspected someone from within the family from stealing from the firm.

Was Stephen and Rose’s relationship on the rocks?

Rose (Sharon Small) is evidently distraught by her husband’s murder. Nonetheless, there are signs that their relationship wasn’t as smooth-sailing as previously believed.

While Lyn describes Stephen as a ‘family man’ who was always spending time with his loved ones, Rose tells Lisa that he would spend the majority of his time at work.

Despite claiming to go to the gym on a regular basis, when Lisa checks, Stephen’s gym card hasn’t been used in a fortnight. What’s more, Stella implies to Lisa that Stephen had a ‘roving eye’.

Could it turn out that Stephen was having a secret affair?

Should Lisa be suspicious of ex Andy’s return?

After years of not being present in his children’s lives, Lisa’s ex, Andy Warren (Joe Absolom), is back in town.

Andy claims that all he wants is to spend time with Abbie (Imogen King) and Rob (Art Parkinson), which he felt to an even greater degree when his mother died. But even so, why has it taken him this long to get in touch?

Lisa is understandably suspicious of his actions, all the while keeping his return a secret from her own mother, Penny (Lindsey Coulson).

As Lisa begins to let her guard down, agreeing to let Andy hang out with Abbie and Rob, there’s a chance his involvement in their lives could spell disaster in the near future.

How is Cassie involved in Stephen’s murder?

At the very start of the episode, Oliver is opening up more about what he witnessed on the day of his father’s murder, revealing to his mother, Lisa and Med that he spotted a boy riding a bike outside his house minutes before the shooting took place.

Eventually, the detectives learn that it was in actual fact a girl on the bike, Cassie, who they find with the help of social services.

Despite being caught by the police picking up and dumping the murder weapon, Cass – as she prefers to be named – remains tight-lipped about her involvement in Stephen’s murder.

It appears no amount of warning from the police about the seriousness of the situation she is in will encourage her to loosen her tongue… for now. 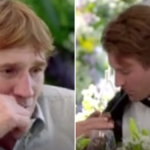 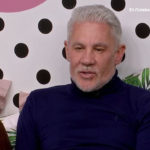