The Chase viewers have been left unimpressed after the quiz show was dropped from TV schedules for the Presidential Inauguration.

It’s a pretty monumental moment in history, as Joe Biden is sworn in and Donald Trump officially leaves the White House after four years – but fans are clearly in need of their Bradley Walsh fix.

‘Can’t believe they cancelled #TheChase for all this Biden American rubbish,’ one disgruntled viewer wrote.

Another claimed: ‘Guess what @itv we dont give two f**ks about the inauguration of a new president of the USA.’

One more was slightly more diplomatic, reasoning: ‘Yeah it’s a good speech by @JoeBiden but no need to cancel #TheChase,’ while another simply couldn’t fathom the decision by ITV to broadcast Biden’s speech, saying: ‘Odd decision from #itv thinking people would be more interested in Biden giving a boring speech than watching #thechase.’

Biden’s inauguration marks a historic moment in US history, especially with Kamala Harris being sworn in as Vice President, becoming the first ever woman and person of colour in the job.

A whole host of musicians have also come out to support the pair, with Lady Gaga singing the national anthem.

Jennifer Lopez also brought the glam to the occasion as she delivered a moving performance at the Capitol.

The likes of John Legend, Justin Timberlake, and the Foo Fighters are also set to perform.

However, there is a ray of hope for The Chase fans, as the quiz show is back tomorrow night. 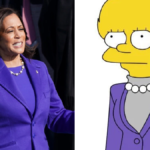