***Warning: The Circle US season 2 spoilers ahead***

Savannah Palacio’s time on The Circle US was short and sweet – but judging by her Instagram account, it doesn’t look like she’s going to be too hung up about it.

Blocked from the game after the first four episodes, the 24-year-old definitely rocked the boat before leaving, and by the looks of things immediately made up for it by going on an actual boat, and getting a tan.

We’re not jealous in the slightest.

Amassing 227,000 followers on Insta, Savannah already lives a life of luxury that most of us just dream of.

If you’re heading to Los Angeles any time soon, then her account is the one to follow – because she knows all the best spots for some sunkissed selfies, as well as secret places in California to explore.

A beach babe at heart, one photo shows her posing in a bikini and bragging about her ‘secret beach’ – which must have been pretty handy in the middle of the pandemic.

Over the past couple of years, Savannah’s work as a model has seen her explore the world – with photos in Hawaii, Utah, the Phillipines, Paris, swimming in waterfalls in Costa Rica and flying on a private jet.

She’s also landed some pretty sweet branding deals while she’s at it – particularly a spot in Rihanna’s Fenty Beauty House – which is pretty cool.

But mostly she spends her time on the California beaches, snapping herself in bikinis as part of ad deals to entice her followers.

Savannah also seemingly has a wicked sense of humour – uploading TikTok about her time on The Circle including Trevor’s cringe chat with her.

In the clip on her channel, she lip-syncs telling him to ‘please stop talking’ and joked: ‘ILY TREVOR BUT I STILL CANNOT WITH #IMAFUNGUY’

Her photos date all the way back to 2014, where she competed in Miss California Teen USA as Miss Teen Beverley Hills.

She placed first runner up that year.

But since then it’s clear Savannah has been all about the hustle, and even shares her work out routines online too.

Basically, while she may have not have won over The Circle, she’s certainly winning at life. 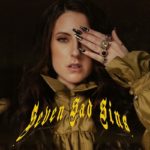