One thing you would probably never have expected to see would be Margaret Thatcher, the Queen and a whole host of royals dancing to Lizzo, but we can tell you said footage exists.

Ok, not the real Margaret Thatcher and Queen Elizabeth II, but the actors that play them, as the cast of The Crown were seen throwing down some shapes while on set of the hit Netflix series to Good As Hell – and yes, it’s pure joy to watch.

Gillian Anderson, who plays former Prime Minister Thatcher on the fourth season of The Crown, was reminded of the time she busted a move during a recent appearance on Seth on Late Night with Seth Meyers.

Appearing on the show virtually from home, Gillian joked she was ‘humiliated’ when Seth aired the footage that was supposed to ‘never see the light of day’.

It sees the actress, 52, Olivia Colman, 46, and their co-stars shaking their hips and sliding across the floor as Lizzo’s feel-good track plays in the background.

The best bit is they’re all completely dressed in character and were in the middle of filming a funeral scene.

Asked how the impromptu dance routine came about, Gillian revealed: ‘Olivia apparently does a dance class in the area that she lives with a bunch of friends on a regular basis and the last time she did the class, they had danced to that Lizzo song.

‘And she asked if we would happen to be interested in maybe doing it and she would video it, and she would share it only with her friends and the other dancers. It was never meant to see the light of day.’

Feeling a little red-faced, Gillian joked: ‘I’m so humiliated. The look on my face, there is such delight and shame.’

She also spoke of the lengths she went too to play Margaret Thatcher, including holding her face differently so it would look like she had ‘buck teeth’.

‘We started out with teeth, because she had famously bad teeth, and we tried with prosthetics and none of that worked, so it came down to trying to figure out how to hold my face differently, so that I looked like I had buck teeth… there is an overbite that I adopted in order to be her,’ Gillian explained.

Asked if she ever accidentally finds herself holding her face in the same way now filming is over, she joked: ‘I feel like I only let go of that maybe three of four weeks ago, we stopped shooting in February.’

The fourth season of The Crown plays out between 1979 and 1990 during the time Thatcher was Prime Minister of the UK and it includes the wedding of Prince Charles (played by Josh O’Connor) and Diana (Emma Corrin), as well as the time Michael Fagan (Tom Brooke) broke into Buckingham Palace.

The Crown is available to watch now on Netflix. 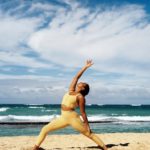 The Luckiest Day Of 2021 Is Coming. Here’s Exactly How To Celebrate It 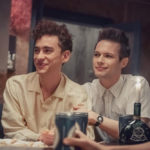