*This show contains spoilers for episode three of The Drowning*

The third episode of The Drowning left viewers totally blindsided on Wednesday night, as the biggest reveal of the series so far arrived on our screens.

The penultimate episode was packed with key moments, as Jodie (Jill Halfpenny) continued her search for the truth.

After losing her son Tom in a tragic accident nine years ago, episode three saw her get closer to the teenager she believes could be her lost boy (Daniel, played by Cody Molko).

Along the way, we saw the school discover Jodie faked her DBS documents, before Jodie and Daniel were stopped at the border when trying to flee to France.

Jodie was also detained at the police station for questioning, before the biggest reveal of the drama so far came at the end of the episode.

After the DNA results come back, it was revealed that Daniel is Tom, following a 99% match with Jodie.

The show’s central mystery was finally revealed, and viewers could not contain themselves on social media.

The Channel 5 drama has proven one of the most intriguing dramas of the year so far, and concluded on Thursday.

The Drowning continues on Thursday at 9pm on Channel 5. 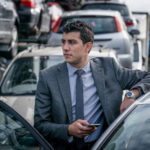 The Bay series 2 episode 3: Who hit Med Kharim with their car and is he still alive? 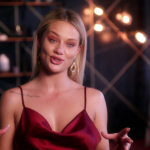