Warning: spoilers ahead for episode four of The Drowning.

The Drowning viewers have expressed their shock after witnessing Jason (Jonas Armstrong) make a huge reveal about the true identity of Daniel (Cody Molko), who protagonist Jodie Walsh (Jill Halfpenny) believed to be her son.

Nine years before the four-part drama is set, Jodie loses her son, Tom in a tragic accident.

Years later, she comes across a teenager called Daniel, who she strongly believes is her long-lost child.

While watching the third episode of the Channel 5 programme, fans were delighted when it was uncovered that Jodie and Daniel were an almost 100 per cent match after taking a DNA test.

However, in the final instalment, Jodie’s brother Jason reveals that Daniel isn’t Tom after all, as he forged the DNA test to give Jodie the impression that she had located her son at last.

Recalling the day that Tom went missing, Jason tells his sister that he was watching Tom by the lake when he received a call about a job offer.

When he turned back around, Tom was floating in the water, having followed his toy boat.

Jason says that while he tried to revive Tom, there was no chance of saving him.

But rather than tell the rest of the family what happened, Jason pushed Tom further out into the water, as he didn’t want to risk his job offer at a law firm if his involvement in his nephew’s death was uncovered.

When he learnt that Jodie believed she had found her son, Jason decided to go along with it, which he says was his way of trying to ‘make amends’.

After Jason’s devastating reveal, Jodie runs out into the forest in search of Daniel, who Jason has locked up in a shed.

As she and Daniel get into the canoe and row into the lake, Jason attempts to follow them, wading into the water fully clothed.

However, after struggling to keep up, it appears that Jason’s suit weighs him down, and he drowns in the same lake that claimed the life of his nephew.

Several viewers weren’t expecting the twists that unfolded in the finale, with one person writing: ‘Did NOT expect that!!! #TheDrowning what an intense series this was! Fantastic acting by all!!’

Another tweeted: ‘Didn’t see that coming!!! #TheDrowning what [a] great ending!!’

There was a mixed response to the final episode of the series, with one person saying that they found the plot ‘totally implausible all the way to the end’.

Someone else said that while they found the narrative ‘ridiculous’, they ‘still bloody loved it’.

The Drowning is available to watch on Channel 5. 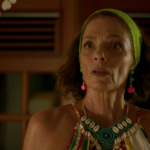 Death In Paradise viewers scream at screens as Catherine brutally attacked in vicious cliffhanger: ‘Goosebumps at the end’ 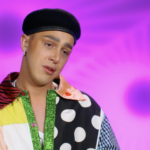