*This article contains spoilers for The Drowning episode four*

The Drowning came to a shocking conclusion on Thursday evening, but Jill Halfpenny isn’t ready to say goodbye to her character just yet.

The actress plays Jodie (Jill Halfpenny), a grieving mother who lost her son Tom nine years ago in a tragic accident. Her life is changed forever after she encounters teenager Daniel, who she believes could be her lost boy.

Speaking to Metro.co.uk, Jill said she would be open to returning to the character in the future – although no plans are yet in place.

‘I never know what plans writers have, or what ideas people have,’ she said. ‘As far as I know it was a standalone story. But hey, if someone had a good about where it could go I’d be here for it.’

The Channel 5 drama aired on success nights on Channel 5, leaving us with burning questions from the start.

The final episode of the show saw Jodie learn that Daniel was not her son at all, and Max (Rupert Penry-Jones) was innocent from the beginning.

The twist reveal also showed that it was Jodie’s brother Jason (Jonas Armstrong) who faked the DNA results and was responsible for Tom’s death nine years previously.

Speaking about the finale, Jill said she absolutely ‘did not see the reveal coming’.

Speaking about the ending, Jill said: ‘I think endings are notoriously difficult. People are very, very hard to please. But those that I’ve spoken to all seem satisfied with it.’

On getting into the character of grieving mother Jodie, Jill said: ‘First of all, I thought about what happened and how terrible that would be, and how it’s a punishment I wouldn’t wish upon my worst enemy.

‘I started thinking about the isolation that Jodie would feel from her family… grief creates a kind of madness within you. And if you don’t have the right type of people around you, it can start to make you behave very erratically.’

‘There’s been some really cool reactions on Twitter,’ she said, speaking about viewer feedback. ‘It’s just really fun watching everyone reacting to different characters. I love it.’

The Drowning is ready to watch on My5 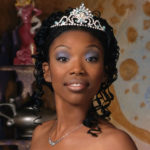 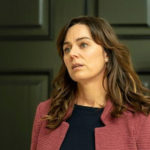