We’ve reached a point in the Covid-19 time warp where, for many, wearing two pairs of socks is the norm.

The leafless trees stand outside like natural tombstones, reminding us that spring, summer, autumn are long behind us.

The country is in another lockdown with no known end date, and, to make matters worse, this time around there is no Tiger King or The Great British Bake Off to keep us entertained during the long, cold nights.

However, if you find yourself sat on the sofa searching desperately for an unused topic for your next painfully awkward Zoom quiz or – gulp – preparing for yet another Harry Potter marathon, then I implore you to check out The Great Pottery Throw Down on Channel 4 on Sunday nights instead.

A show providing the drama of a thousand-degree kiln and the pure satisfaction of watching skilled hands turn shapeless lumps of clay into something exquisite.

The show is in the mould – no pun intended – of GBBO and The Great British Sewing Bee, with clay and glaze substituting flour and thread. Twelve contestants are whittled down, week by week, after completing two challenges of varying difficulty per episode before a ceramic trophy is gifted to the winner at the end. So far, so familiar.

However, The Great Pottery Throw Down is by far the calmest, but strangest and most eccentric of the various TV craft programmes.

Wheels are spinning, clay roasts over open flames, and there’s the perpetual threat of the dreaded crack – yet, the contestants never lose themselves in the competition and remain appreciative of each other’s art.

It makes the ordinarily tame GBBO – and its notorious Sussex pond puddings – seem like an episode of Hell’s Kitchen, a pressure-cooker of chaos, while making the unconventional garments produced in the Sewing Bee’s alteration challenge look like any mundane pieces you could buy from a high street store.

Having started in 2015 on BBC Two but then reportedly axed in retaliation for Bake Off jumping ship, Throw Down returned for a third series on More4 last year, with Melanie Sykes taking over Sara Cox’s original hosting duties. And this year it’s been rightfully upgraded to Channel 4, with the wonderful Siobhán McSweeney and Richard Miller as host and judge, respectively, with the latter joining series stalwart Keith Brymer Jones.

Judging panel-wise, if I had to make a comparison then it’s like GBBO circa 2016, when the eternal queen Mary Berry was able to keep Paul Hollywood’s ego in check, and his handshake wasn’t portrayed as an act of divine intervention from an otherwise vengeful god.

The Throw Down judges genuinely care about every single item the contestants make. By just the second episode of the current series, Keith had already cried at least five times, once while complimenting art teacher Sal on her cheese set adorned with various sculptures of her beloved pet dog.

Aside from the touching displays of genuine emotion, the show’s unpredictability has the power to transport its viewers into a whimsical pandemic-free world.

Take the second of this series episode, for example: it was the first time the show got contestants to do slab and hand-building, with the big challenge involving a hand-built 40cm 3D ornamental-style building. In true Throw Down style, the contestants came up with uniquely bizarre designs: offerings included a Bristol bakery with a dragon on top, a Gaudi-inspired building with lizards crawling on the roof, and a pixie palace covered in fungi.

Architecture student Alon won the prize for most out-there building: a whale bursting out of the ocean with mud huts precariously dangling off its back to remind us of the impending climatic breakdown.

‘Is it from experience?’ asked Siobhán, sniggering. ‘No, my dreams,’ replied Alon. I didn’t know whether to laugh or cry.

The second challenge – which saw the contestants’ hand-build ten bricks – brought a welcome messy relief while the buildings were fired, then glazed.

‘Wonderful, absolutely brilliant,’ said Keith, while judging Sal’s Cornish engine house, uncanny in both appearance and colour to the original. Keith’s bottom lip trembled as he spoke. I’ve never seen a man on primetime television cry quite as much as Keith does, and he didn’t stop there.

‘It’s fantastic,’ he exclaimed after seeing NHS nurse Jodie’s Morocco-inspired lighthouse, tears slowing sliding down his cheeks. In these moments, you can temporarily lose yourself in the passion shown by both the judges and the contestants.

It’s a tranquil hour where talented people give their all and create incredible sculptures from formless pieces of clay, in a show which doesn’t take itself too seriously. The judges always find at least one positive and there are no unfeasibly difficult challenges – ahem – Sussex pond pudding.

It’s wholesome viewing and it’s exactly what we all need during this difficult time.

On Sunday’s episode, the contestants were blindfolded for one challenge and, if past series are anything to go by, we’ll see the contestants attempt to make nude Greek sculptures, vases, and Russian dolls, while witnessing Keith take Rylan’s crown for most tears ever shed on TV – I can’t wait. 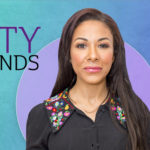 Kathryn Drysdale on sending Bridgerton memes to her co-stars and the show’s huge success: ‘None of us were prepared’ 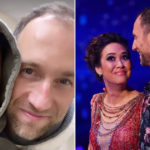 Dancing On Ice: Myleene Klass speaks out after shock elimination