The Last Leg’s presenters were left terrified after some of their studio lights appeared to ‘explode’ amid a joke about them performing a seance during a spooky supernatural episode.

Just as they joked about doing their own seance, they encountered a seemingly supernatural occurrence.

With the cameras cutting wide to show an explosion on the side of the set, the trio promised they weren’t behind the strange moment.

‘Okay that seance may have worked a bit too well,’ Adam said.

Insisting they hadn’t set it up, Josh promised: ‘None of us are good enough actors,’ before urging the others to continue with the show as he’d feel ‘more relaxed talking about coronavirus’.

‘I don’t know how to carry on with the show after that,’ Adam laughed.

Swearing they weren’t to blame for the explosion, Josh added: ‘I swear on my life – and that’s dangerous enough in a possessed studio.’

Later on in the show Adam insisted: ‘That was a blown light bulb by the way – don’t worry!’

However, fans weren’t convinced, pointing out that the cameras very conveniently cut to the studio lights and suggesting that the producers were behind the stunt.

They also noticed that other spooky elements had been added to the show, including a ghostly figure wandering in the background that looked suspiciously like Samara from The Ring.

Later on, Josh was left entirely unimpressed as a part of the set fell down behind him, with Adam bidding farewell to viewers at the end of the show in his best demonic voice.

While fans enjoyed the randomly spooky episode (are we doing Halloween in January guys?), some admitted they were left a little unnerved before going to bed.

‘Right I am absolutely terrified, cheers guys, thank you so much @TheLastLeg,’ one tweeted, while another said: ‘Um yeah. Lots of lovely Ghostwatch memories before I go to sleep. Cheers chaps.’

‘I’m now going to go to bed completely on edge looking out for ghosts ffs,’ one more said.

Kicking off Friday’s episode of the Channel 4 show, the trio began their supernatural spectacular by chatting about reality-horror Ghostwatch, which aired for Halloween in the nineties on the BBC.

Despite being recorded weeks in advance, it was presented as live television, and prompted mixed reactions – while some were impressed with the unique special, others were furious it had been presented as if it were real.

It has never been repeated on UK television.

The Last Leg airs weekdays at 10pm on Channel 4. 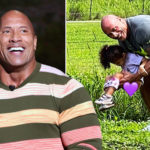 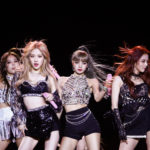