The Masked Singer fans think they’ve rumbled Aston Merrygold from JLS as Robin once and for all – and it all comes down to a pack of condoms.

The Beat Again singer, who has made his way through to the finals next week alongside Sausage and Badger, has long been suspected to be the mysterious character.

Even Rita Ora has started to suspect her pal, naming him as her latest guess on Saturday night’s show.

But a throwaway line in the latest clue package seems to have sealed his fate, with Robin commenting that ‘he is sometimes known for being blue’.

Back in 2010, when the group shot to stardom thanks to their time on X Factor, JLS were often seen in coloured hoodies unique to each band member – with Marvin Humes in green, Oritsé Williams in red, JB Gill in yellow and Aston in, you guessed it, blue.

This was quickly affirmed to be so much of their brand that, when launching the Just Love Safe campaign with condom company Durex in 2010, all four boys appeared on collectors’ edition boxes in their signature colours.

It didn’t take long for fans of the band to put two and two together while watching.

We don’t have much longer to wait until we know for sure who’s behind the mask, with the finale taking place next weekend between Robin, Sausage and Badger.

In the semi-finals, Out Of Reach icon Gabrielle was revealed to be Harlequin, while TV host Sue Perkins shocked viewers as she was unmasked as Dragon.

Last year’s winner, Nicola Roberts, will return as a guest judge to help unmask her successor.

Guesses for Sausage seem to be split between Stacy Solomon and Sheridan Smith, while Badger has everyone torn – with ideas ranging from Jay Kay from Jamiroquai to American RnB singer, Ne-Yo. 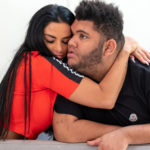 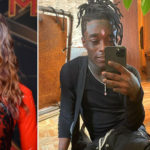 Grimes and Lil Uzi Vert plan to get ‘brain chips’ together: ‘We’ll have the knowledge of Gods’