The Masked Singer UK’s costume designer has expressed his hope that the show could encourage viewers to ‘regain a positive relationship with masks’ while wearing face coverings during the Covid-19 outbreak.

Last year, it emerged that Tim Simpson, managing director of Plunge Creations and costume designer for The Masked Singer UK, had begun making PPE for NHS staff on the frontline of the pandemic, joining a network of thousands of people using 3D printers to manufacture the essential equipment.

As the summer of 2020 arrived, Tim was working on extremely different kinds of masks – visors for NHS workers and costumes for the weird and wonderful new series of The Masked Singer UK, which wrapped filming in September.

During a recent conversation with Metro.co.uk, Tim explained that the direction of his work changed drastically at the time, going ‘from critical PPE masks to just entertaining, distracting and silly masks’.

In Tim’s opinion, the fun of The Masked Singer could help people to start viewing masks in a more positive light, especially if they are feeling a bit tired of having to wear face coverings when they’re out and about.

‘The Masked Singer needs to be part of us regaining a positive relationship with masks because masks have become something where we go, “Oh goodness, we’ve got to put our masks on,”’ Tim said over Zoom.

‘But actually, historically masks have been something which have been used for entertainment, all the way around the world.’

Tim explained that for eons, masks have been a part of cultures across the globe, in various areas of life including performances and rituals.

‘Not wanting to go too highfalutin, but I think The Masked Singer is the next chapter in crazy masks and making the wearing of masks ok,’ he stated.

When Tim started making PPE for NHS workers, he collaborated with a company called 3DCrowd, which he noted is ‘still going’.

‘We were really essential when none of the normal supply chains were online and it meant that 7,000 volunteers around the country with 3D printers were able to fulfil a very, very immediate need,’ he recollected.

The network is currently ‘looking at other projects’, including making ventilator splitters, which Tim explained would enable ‘countries with limited numbers of ventilators to double their ventilator capacity through tiny 3D-printed parts’, which would otherwise be extremely difficult and expensive to make.

They are also looking into making prosthetics for children, as 3D-printed prosthetic limbs ‘are really expensive through traditional manufacturing techniques’.

During our conversation, which took place a week into January, Tim said that they are currently trying to produce more visors for hospitals that have reached out to them for assistance.

The 3D printers also helped to supply around 10,000 visors to soup kitchens around the country at Christmas, in order to help ‘lots of people who are not able to shield and not able to protect themselves easily’.

‘It was an amazing thing to be a part of,’ Tim recalled. 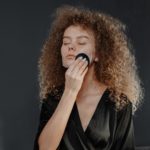 The Who, What, Where of Acids in Skincare 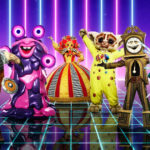 The Masked Singer UK: When is the final of the competition due to take place?