Ever since it began, the new series of The Masked Singer UK has gripped the nation, with viewers becoming absorbed by speculation surrounding who the celebrity singers behind the masks could be.

Several strong contenders have already been eliminated, including Sophie Ellis-Bextor in the first episode and Spice Girls member Mel B the following week.

But there are plenty of talented performers still in the running, all hoping that they will come out victorious in the end as judges Rita Ora, Mo Gilligan, Jonathan Ross and Davina McCall try to guess their identities.

As we prepare for more costumed competitors to be revealed, when can we expect the highly-anticipated grand final to air?

When did The Masked Singer UK series two begin?

Filming on the production finished in September, despite fears that it would have to be shut down as a result of the coronavirus pandemic.

‘It was mad, obviously, there were a lot of rules and regulations so the relief when we got it done was amazing,’ host Joel Dommett told Metro.co.uk at the time.

Online entertainment database IMDb currently states that there are six episodes for this year’s The Masked Singer UK.

However, if there were only going to be six episodes, this would mean that the series would wrap on Sunday January 30, which doesn’t seem likely.

The previous series of The Masked Singer UK consisted of eight episodes, culminating in a grand final which followed two consecutive weeks of double eliminations.

Therefore we’d hedge our bets on the same happening this year.

When will the final of the competition air?

Although the date of the competition’s finale has not yet been officially confirmed, if there are eight episodes – as we suspect there will be – then this would mean that the final episode would take place on Saturday February 13.

For any couples watching, tuning into the final would be the perfect date night option for Valentine’s Day weekend, in our opinion. 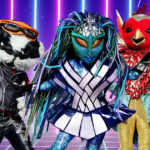 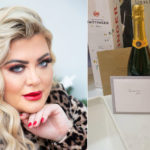