Jim Halpert might be seen as The Office USA’s golden boy, but we’re really sorry to break it to you all – he was kind of a terrible person at the same time.

While he does have some great qualities, it’s also kind of hard to ignore that Jim is pretty problematic at the same time.

He’s got a history of not treating his exes that well, he’s simultaneously one of the laziest employees at Dunder Miffllin yet is a furious social climber demanding promotions he’s not qualified for and he keeps making major life decisions without so much as letting his wife know.

Don’t let the floppy hair and the knowing looks to camera fool you, Jim’s actually not the angel we all thought he was deep down.

Here’s why the character, played by the brilliant John Krasinski, will sometimes make your blood boil.

Jim pursued Pam Beesly despite her having a whole fiancé

There’s no doubt Pam and Roy’s relationship was far from rosy and had many, many problems of its own, however Jim does his best to let Pam know he’s into her despite her being engaged to someone else.

Despite Pam initially turning him down, Jim risks their whole friendship to follow her up to the empty office after casino night and kiss her anyway which is absolutely not cool.

When Pam doesn’t reciprocate and immediately dump Roy, Jim then does the mature adult thing of moving to the Stamford branch instead of facing up to it.

He was awful to ex-girlfriends Karen Fillipelli and Katy Moore

Jim treated Karen and Katy pretty terribly in his ongoing pursuit of Pam, including dumping Katy after Roy and Pam announce they’re setting a date for their wedding after Katy asks him whether that will ‘ever be us’.

After moving to Stamford, Jim strikes up a romance with Karen, convinces her to move to Scranton when then branch closes and then kicks off when she finds a house that’s too close to his own.

Jim then unceremoniously ditches Karen after Pam leaves him a sentimental note while he and Karen are both interviewing for a job at Corporate, leaving her crying in New York.

Jim regularly slacks off or tries to get away with doing the bare minimum, seemingly thinking he is above working for Dunder Mifflin but also being too lazy to do anything else for most of the series.

He even says in the pilot episode: ‘Right now, this is just a job. If I advance any higher, this would be my career. And if this were my career, I’d have to throw myself in front of a train.’

Despite spending most of his day pranking Dwight Schrute or working out how he can leave early, Jim’s also a relentless social climber who keeps trying to move up in the company despite not wanting to put the actual work in.

When he returns from Stamford, Jim takes the Assistant Regional Manager position at Scranton, which should really belong to Dwight, who not only has the best sales record at the company but who was Assistant To The Regional Manager.

He also puts himself up for the corporate job Michael thinks he has in the bag, despite Michael always going over and above for Jim, just because he can.

Despite all this, Jim consistently gets away with murder because Michael likes him, but yet still makes up every excuse under the book to avoid spending time with Michael outside of the office by making up excuses for every invitation.

When Jim speaks to David Wallace about a possible promotion, which would require a restructure of his and Michael’s roles, he doesn’t even think to speak to Michael about it first.

Michael, who is Jim’s actual manager, has to beg Andy Bernard to wheel him into the meeting on a cheese cart so he might be in the loop about what’s actually going on.

It backfires when Michael assumes Jim is trying to take his job (which, let’s face it, is basically not that far off the mark), and tells David that Jim is a terrible employee.

Later, Jim forces Michael to call David on speakerphone in front of him and take back what he’d originally said – which is definitely a weird dynamic for an underling to demand of their boss.

David then decides that rather than the restructure, Michael and Jim should share Michael’s job as co-managers, which leads to Jim immediately trying to take over from Michael, who is vastly more experienced than him.

The move backfires several times, when Jim gets huffy about people not taking him as seriously as Michael… despite literally not being qualified for the job.

When Sabre buy Dunder Mifflin, new boss Jo rightly points out that there are two people doing one job, and when Jim hears he can make unlimited commissions going back to sales, he’s more than happy to relinquish the manager’s job to Michael, pretending he’s doing him a favour.

He didn’t turn up to Pam’s art show

Pam’s dream outside of Dunder Mifflin is to be an artist, so it’s no wonder she was upset when hardly anyone from the office turned up to see her work being shown at a gallery.

Roy turned up, as did Michael who bought her painting of the Dunder Mifflin building to hang in the office, and even Oscar turned up with his boyfriend.

Jim, who is supposedly madly in love with Pam, noticeably didn’t bother to make the trip to support her dream.

Jim’s done some pretty rubbish things to Pam over the years – from trying to ditch her at Michael and Jan Levinson’s dinner party from hell, to getting really weird about a male nurse helping her to breastfeed their daughter when she was clearly struggling.

However, the things that takes that cake are when Jim buys a house without telling Pam and then later accepts a job in a different city and expects her to up and leave her whole life to come with him despite not even consulting with her.

The warning signs began with the house, which Jim bought from his parents as a grand romantic gesture for Pam… despite not actually asking whether she would mind moving in to his childhood home complete with a creepy clown painting which can never be removed.

Jim then gladly accepted his dream job at Athlead in Philadephia, assuming Pam would be willing to move to a different city. He announced the big move to pretty much everyone… except Pam.

He also invested a bunch of their money into the business, oh yeah, without telling Pam.

After moving to Philly to pursue his dream, Jim confesses that he is loving living in a bachelor pad and having his freedom, while Pam is left juggling everything at home.

Jim promises he will make it back to Scranton in time to watch their daughter, Cece, in her dance recital but work ends up overrunning and he misses it.

Pam tries to film the performance as asked, but manages to mess it up and ends up in tears as Jim has a go at her for not recording it… despite the reason he’s not there to watch it in person being that he put his dream job first instead of making the time. 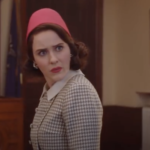 The Marvellous Mrs Maisel season 4 is finally in production: Rachel Brosnahan shares update we’ve all been waiting for

Dawson’s Creek superfans on the worst storylines, how the series holds up 23 years later and that controversial ending