The Queen’s Gambit finale has been revealed as the highest-rated Netflix episode of all time, according to viewers.

According to data collected by Tombola, the final episode of hugely popular show End Game earned the highest rating of 9.4 on IMDB.

Elsewhere, the second highest-rated Netflix episode is the season one finale of Never Have I Ever, titled …Said I’m Sorry. The second episode of The Queen’s Gambit, Exchanges, was the third highest rated with 8.8.

The research also showed the lowest-rated episodes. The one that claimed the unfortunate distinction as worst ranked instalment was Tiger King’s eighth episode, which saw stars reunite for an aftershow.

The Queen’s Gambit was also the most popular limited series on the platform.

The drama stars Anya Taylor-Joy as chess whizz Beth Harmon, who battles personal demons and addiction as she sets out to become the most successful player of her generation.

It was one of the talked about shows of 2020, sparking a surge in chess sets as viewers settled in for lockdown two.

Speaking to Deadline about the prospect of more episodes, the actress said: ‘It’s so surreal and very wonderful that people want a second season, because we never thought about it, there was no discussion about it.

‘That said, never say never in Hollywood. It would be very interesting to see how Beth would be as a mother, now that she’s sober and more cognisant of the demons that pull her down.’

The Queen’s Gambit is available now on Netflix. 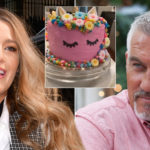 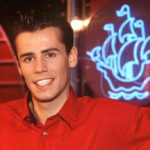