Jenna Coleman has revealed she almost rejected The Serpent in order to give her role to a French actress.

The 34-year-old plays Marie-Andrée Leclerc on the crime-drama series, who is the girlfriend of serial killer Charles Sobhraj.

Jenna stars alongside Tahar Rahim on the drama, but was initially worried about her on-screen accent.

‘I was doing All My Sons at the Old Vic at the time, and I said, “There’s no way I can take this on – you need to cast a French actress,”’ Jenna told The Radio Times.

‘I’ve been a fan of Tahar since he starred in the movie A Prophet more than a decade ago,’ she added. ‘The script had these scenes where we flip in and out of French and English, so you need to believe them as a bilingual couple.

‘I was asking, technically, “how can we make this work?”’

The actress described Marie-Andrée’s accent as an ‘absolute beast’, and worked with a French teacher on getting it correct.

‘It wasn’t a case of just learning the lines in French – it was about the delivery, the muscularity. It was a beast, an absolute beast,’ Jenna said.

She added: ‘The accent uses different parts of the mouth to English speakers… I spent the first four weeks just training muscles in my mouth to get certain sounds.’

The Serpent focuses on the crimes of Charles Sobhraj. Otherwise known as the Bikini Killer, the figure was one of the most infamous serial killers of the 1970s who is thought to have committed at least 12 murders in Southeast Asia.

The Serpent is available to watch on BBC iPlayer 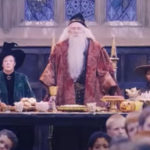 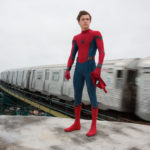