The actor, who is best known as Jesus in the apocalypse series, revealed he tried to land the role of dashing sex symbol Simon Bassett in the smash-hit Netflix series.

But unfortunately it wasn’t to be – and Tom’s now revealed why.

Speaking to People, he said: ‘I auditioned for one of the parts — the big heartthrob hunk guy — but I’m not tall enough.

‘You can’t walk into the room and look up at anyone. It’s just not going to work for that kind of character.’

Tom, who previously revealed he has auditioned to play Aragorn in the upcoming Lord Of The Rings series, added that he had a particular affection for the show as it was set in his hometown of Bath.

‘There are locations in Bridgerton which are still there which you can go and look at and marvel at,’ he said. ‘And it’s very nice to see my hometown on screen.’

The role of the dashing but insecure member of high society eventually went to Regé-Jean Page, and honestly we can’t imagine anyone else playing that part.

Bridgerton has become a smash hit success – becoming Netflix’s most successful original series of all time.

Season two of the show has now been confirmed to be underway, and we already have a lot of questions about what’s coming up.

Tom is now starring in crime thriller Prodigal Son alongside Michael Sheen, as a man who has turned detective after his father was revealed to be a serial killer.

Season two of the series is currently airing in the US, with the first series now airing on Fox in the UK.

Bridgerton is now available on Netflix. 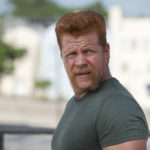 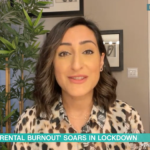 How to tell if you’re suffering from parental burnout: This Morning doctor reveals the signs