This Morning continues to rise in the ratings and has reportedly achieved its highest audience in 19 years.

The ITV show, which is presented primarily by Phillip Schofield and Holly Willoughby, averaged an impressive 1.4million viewers in the first four weeks of 2021.

According to the Mirror, the programme has experienced a rise in viewership since last year and the episode on February 2 saw the audience peak at 1.9million.

A source said: ‘There is no doubt that under [Holly] and Phillip’s stewardship the show is hitting massive heights. It’s little wonder the pair of them are so in demand.’

It comes after Alison Hammon and Dermot O’Leary came out ahead of predecessors Eamonn Holmes and Ruth Langsford in the ratings battle after taking over in January.

Alison and Dermot’s first show at the beginning of this year saw 1.41million people tune in, which is 200,000 more than watched Eamonn and Ruth’s final episode on December 18.

This Morning first launched in 1988. In 2002, when the ratings were last as high as they are now, This Morning was hosted by current presenter Phillip and Fern Britton. Holly took over from Fern as regular host in 2009.

The pair have been together on the show together for 12 years, but things still don’t always go smoothly. They recently apologised after technical difficulties meant viewers at home weren’t able to hear them.

Holly was also recently forced to cancel her 40th birthday due to lockdown, with plans for a big party put on hold.

She told co-host Phillip: ‘You know, this is bittersweet for me, because next week it’s my big 4-0, and tomorrow night I would’ve been having a big birthday party that I had to cancel.

‘It’s obviously going to be looking a little bit different, and it’s fine. In the grand scheme of life, as long as I’ve got cake and a drink I’ll be fine.’

This Morning airs weekdays at 10am on ITV 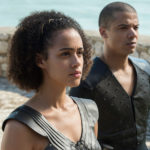 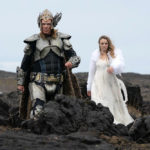 Eurovision Song Contest: The Story of Fire Saga is closer than ever to being Oscar nominated