A young boy with a brain injury who appeared on This Morning has been described as ‘incredible’ by viewers for fundraising for an activity centre dedicated to people with disabilities.

When he was just two years old, Oliver Voysey suffered a brain injury which resulted in him suffering sight loss and developing cerebral palsy, autism, epilepsy and learning difficulties.

While Oliver was taken to the Lake District from a young age, by the time he was five years old, it became too difficult for his family to take him on outdoor excursions.

Five years later when he was 10 years old, his family discovered the Calvert Trust, an organisation dedicated to providing opportunities for individuals with disabilities to go on outdoor adventures.

However, the charity is currently at risk of closing after losing £1m in income due to the impact of the coronavirus pandemic.

Oliver and his family are striving to raise money for the activity centre to save it from closure, a cause that they spoke about during an appearance on today’s This Morning.

‘When we visit there, all of Oliver’s disabilities just melt away. We can all do the same activities and it’s just fantastic,’ said Oliver’s mother, Sarah.

Oliver’s father, Gary, added: ‘We’ve got a really close bond as a family, but only after we’ve been to a place like the Calvert Trust when we’ve done things together, it’s actually made the bond that much closer.’

Oliver told This Morning co-hosts Holly Willoughby and Phillip Schofield that he loves canoeing and abseiling with the Calvert Trust.

In the lead-up to his 13th birthday, the 13-year-old is taking part in 13 challenges to raise money for the organisation.

One, which he demonstrated on the programme, is standing still for 13 seconds, which Oliver said he finds difficult because his ‘legs are a bit wobbly’.

Several This Morning viewers showered Oliver with praise, describing him as ‘incredible’ and ‘amazing’.

‘What an absolutely incredible and lovely boy Oliver is,’ one person tweeted. ‘Amazing achievements.’

‘Oh what an amazing young boy Oliver is! He made me teary and smile so much!’ another said.

Someone else described Oliver as ‘an inspiration to all human beings’, while another stated: ‘What a beautiful boy Oliver is. Really made me smile. Lovely family!’

To donate to Oliver’s fundraiser for the Calvert Trust, click here. 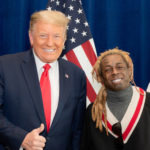 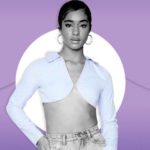