The Big Cat Rescue founder was tricked into wishing Harris – who was jailed in 2014 for five years and nine months for sexually assaulting four underage girls – a happy birthday in a recorded message in July.

Carole also gave a shout out to Savile in the same clip.

Speaking exclusively to Metro.co.uk about the video, Carole told us: ‘I felt horrible that I didn’t know the situation – frankly, if there’s not a cat involved I wouldn’t know anything about it.

‘If he had harmed a cat I would have known who he was.’

She continued: ‘The fact that people would spend that kind of money to have me do something just so they could say, “look what we made her do”, it’s like what kind of cruelty runs in the minds of some people to do that?’

In the Cameo clip, Carole said: ‘Hey all you cool cats and kittens, it’s Carole Baskin at Big Cat Rescue.

‘Hi Rolf Harris, all your kids wanted to get together and tell you that you have touched them and that they love all that you have done for them.

‘I hear there’s a lot of great stories about you and your best friend, Jimmy Savile, can’t wait to hear those. Happy birthday Rolf.’

Australian comedian Tom Armstrong revealed himself to be behind the prank. 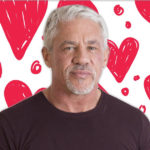 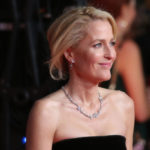 Where is The Crown’s Gillian Anderson from as she causes confusion with accent?