Joe Exotic has claimed that Netflix and the production company behind the hit documentary Tiger King want to ‘control’ his life.

The notorious former zookeeper, who was recently denied a presidential pardon from Donald Trump from his 22-year sentence for murder for hire and animal abuse charges, spoke out about the streaming giant and Goode Film Productions in a tweet posted by his management.

‘Funny that Goode Productions and Netflix think they want to control my life story, but my story is the only one that isn’t being told by me,’ a post on Exotic’s profile read.

Last month, Exotic’s management suggested in a Twitter thread that there are plans for another series of Tiger King and that people involved would badmouth him.

It’s not been confirmed whether a second season of the seven-part documentary series is in place.

‘I have no clue what Tiger King 2 is going to be about other than more of the same paid interviews, people wanting to be movie stars and try and make a name for themselves talking sh*t about Joe Exotic,’ they wrote on his profile.

‘You would think that someone would want to press the issue to interview Joe himself and really bust out a story about the truth, but that won’t happen because the last thing the U.S. Attorneys office in OKC wants is the truth of how their attorneys rehearsed their witnesses and orchestrated this whole thing.’

The post went on to claim that a second season might explore the death of Carole Baskin’s ex-husband Don Lewis, which she has denied any involvement. 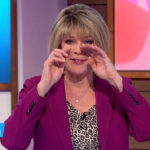 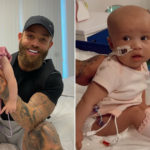