WandaVision star Paul Bettany has revealed the major clue about Vision’s fate that was cut from Avengers: Endgame, which could have tied into the new Marvel TV show.

On Friday 15 January, WandaVision – the first release in Phase Four of the MCU (Marvel Cinematic Universe) – launched on Disney Plus, with the first two episodes being made available to watch.

Starring Paul as android Vision and Elizabeth Olsen as the powerful Wanda Maximoff, the series opens with the couple living a seemingly charmed life in an American sitcom-inspired setting, complete with nosy neighbours and an invisible laughing audience.

When WandaVision was first announced, many Marvel fans would have been confused by Vision’s inclusion in the programme, considering the 2018 blockbuster Avengers: Infinity War depicts him being killed by the barbaric Thanos (Josh Brolin).

However, there was supposedly going to be a scene in the 2019 follow-up Avengers: Endgame that may have explained how he came to be in the suburban neighbourhood of Westview with Wanda.

Elizabeth and Paul recently took part in an interview with online entertainment platform IMDb, where they were given the opportunity to ask each other any question they liked.

Elizabeth, 31, asked Paul, 49, ‘what percentage’ he thought his character would return after his death in Infinity War.

Paul added that he and Marvel Studios boss Kevin Feige discussed the prospect of a ‘tag’ in Avengers: Endgame that didn’t end up seeing the light of day.

‘At one point there was going to be a tag, where you opened a sort of body bag drawer and there was the Vision,’ Paul said, referencing Elizabeth’s character Wanda.

‘Kevin kind of talked to me and said, “I just – I’ve got to pull the shot.” And I was like, “Ugh!’ Because I really wanted that profit participation!”’

Had that scene remained in Avengers: Endgame, it could have fed into the theory that Vision’s vibranium body is somehow being used to create a fake reality in WandaVision.

But considering Kevin’s decision to cut it from the film, perhaps this means that particular hypothesis is way off the mark?

During a recent interview with TVLine, Paul assured fans that Vision’s fate will be revealed in due course.

‘Trust in Marvel,’ the actor affirmed. ‘We got ya. Everybody, stop working so hard to figure it out. Buckle in and love it, and it will take you on a ride. All of these things are going to be explained.’

The first two episodes of WandaVision are available to stream on Disney Plus, with new episodes released weekly on Fridays. 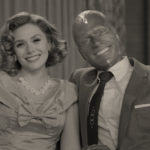 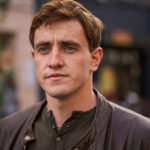 Paul Mescal spent Normal People pay on a round of drinks and, honestly, we totally relate