Warning: spoilers ahead for episode three of WandaVision.

Three episodes into Marvel’s new TV release WandaVision, and the mystery surrounding the show’s true nature has begun to come to light thanks to an event involving Monica Rambeau (Teyonah Parris).

In the first two episodes of the Disney Plus series, superheroes Wanda Maximoff (Elizabeth Olsen) and Vision (Paul Bettany) are found living in a suburban, sitcom-inspired setting, the ‘unusual couple’ seemingly aware that something may not be quite right about their picture-perfect life.

By episode three, they have a huge life event to contend with – the arrival of twin baby boys, born after a peculiarly rapid pregnancy.

When the time comes for Wanda to give birth to her and Vision’s sons in their 1970s-style home, her friend Geraldine (Teyonah) is at her side, coaching her through the delivery.

As Wanda gazes upon her newborn children, she mentions to Geraldine that she herself has a twin brother, Pietro (Aaron Taylor-Johnson), whose death was depicted in the 2015 film Avengers: Age of Ultron.

It’s at this point that Geraldine – who we know is actually Monica – states out loud that she remembers how Pietro died at the hands of Ultron, a statement that appears to shatter Wanda’s moment of bliss.

Before we know it, Monica has been blasted out of the bubble of the Westview neighbourhood – presumably by Wanda – landing on an area of grassland surrounded by helicopters and trucks.

As far as the audience is aware, Monica is back in the real world, having been expelled from the fake reality Wanda and Vision are living in.

How did she get inside Wanda and Vision’s world in the first place?

We first met Monica as a child, when she was introduced as the daughter of Maria Rambeau (Lashana Lynch) in the 2019 film Captain Marvel, which is set in the 1990s and stars Brie Larson as the titular character.

Just before Monica is shot out of Westview, Scarlet Witch notices a pendant hanging from her neck, which features a symbol that looks like a sword.

As many eagle-eyed Marvel fans have already realised, this symbol corresponds to an organisation that exists in the Marvel universe called S.W.O.R.D. (Sentient Worlds Observation and Response Department).

In the comic books, the focus of S.W.O.R.D. is to combat extraterrestrial forces posing a threat to the world.

It therefore seems likely that in the years between Captain Marvel and WandaVision, Monica becomes an agent for the organisation.

However, a few questions still remain unclear. Did Monica knowingly enter Wanda and Vision’s world? Did she forget who she really was while in the fake reality? Or was she simply putting on a really believable facade?

Before Monica’s expulsion from Westview, Wanda and Vision’s nosy neighbours Agnes (Kathryn Hahn) and Herb (David Payton) offer further clues about who she is.

Speaking to Vision, Agnes and Herb mention that Geraldine, as they know her, is ‘brand new’ to town, with no family, husband – or home – to speak of.

Although he is held back by Agnes from revealing more, Herb adds that Geraldine ‘came here because we’re all…’, before tapering off.

As with all things WandaVision, while we can predict what may happen in the upcoming episodes, we must prepare for the unexpected. 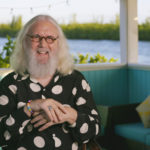 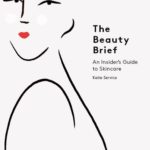