Katie Price will give viewers an insight into what it’s like caring for her eldest son Harvey in a new BBC documentary.

The one-off special titled Katie Price: Harvey and Me, which airs tonight will see how the former glamour model makes the heartbreaking decision to put him in a full-time residential college.

Harvey, 18, was born with a series of genetic conditions and syndromes, and is autistic, partially blind, and has a series of learning and behavioural difficulties.

Katie has been raising him with the help of respite care throughout his life, but as he reaches a more adult age, she’s decided to put him into a facility where he can learn to be more independent.

The former glamour model, who also appeared via video link on Monday’s This Morning, explained to hosts Holly Willoughby and Phillip Schofield that she didn’t want the programme to show Harvey ‘kicking off’.

‘I didn’t want it to be a show where it shows him kicking off and stuff like that. It’s not about that,’ she began.

‘I wanted it to be more realistic, what it’s like trying to find a college, the challenges.

‘Simply it’s just a quiet, nice documentary about me and Harvey, doing the transitional move for him to go to college.’

In the programme, Katie was warned that her son could be sectioned under the Mental Health Act if he’s thought to be a danger to himself or others.

Speaking to press ahead of the episode airing, she was adamant that this would never happen to Harvey as she’s ‘so involved’.

‘The good thing about Harvey is he has these trigger points – like a banging door – so you know what is going to trigger him off,’ she said.

‘But that would be awful for a parent to go through that.

Katie Price: Harvey and Me airs tonight at 8.30pm on BBC One. 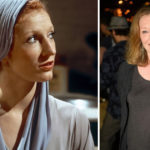