Netflix’s new series Crime Scene: The Vanishing at the Cecil Hotel is available to stream from today and lifts the lid on serial killer Richard Ramirez and how his crimes went undetected for so long.

The new four-part documentary takes a look at the mysteries of Cecil Hotel in Downtown Los Angeles, a guest house where Ramirez lived.

Dubbed ‘Hotel Death’, the location is described as a place where serial killers ‘let their hair down’, and one which is known to many as LA’s deadliest hotel.

Ramirez, who would later become known as the Night Stalker, raped, killed and tortured dozens of people around Los Angeles between 1984 and 1985.

The most chilling event inside the hotel came in 2013, when college student Elisa Lam vanished during her stay.

The case became one of the most-discussed on the internet, and now it’s being examined in more detail.

The series will take a look at Elisa’s case, analysing the last footage of her acting erratically in the hotel’s elevator.

The footage shows her moving her hands around strangely, looking like she could have been ‘conjuring a spirit’.

Is The Cecil Hotel still open and can you stay there?

Based on the edge of a deprived area of LA known as Skid Row, the Cecil Hotel’s sordid past spanned decades, with dozens dying while staying there either by suicide, murder or accidental overdose.

The hotel continued to stay open after the deaths but under the name of Stay on Main.

The three hoteliers invest $2.5million into the hotel but five years later, the United States sank into the Great Depression.

In the 1940s, the hotel began to decline as the area nearby became populated with the homeless.

In 2007, Cecil Hotel had a refurbishment and in 2011 it was rebranded under the new name of Stay on Main.

In 2014 it was sold for $30million to hotelier Richard Born. It closed in 2017 for renovation and hasn’t reopened just yet…

Crime Scene: The Vanishing at the Cecil Hotel arrives on Netflix on February 10 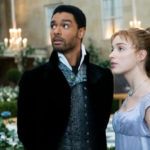 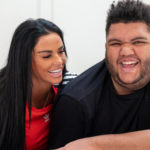