Royal Mail has released a special collection of Only Fools and Horses stamps to celebrate its 40th anniversary.

The stamps will be on sale from February 16 and fans will also be able to buy the full set in a presentation pack for £16.20 from the Royal Mail’s website.

However, if you’re a die-hard fan you can pre-order them online now.

Among the stamps in the collection, fans will be able to relive some of Only Fools and Horses most iconic moments.

One will show the scene where Del Boy fell through the bar as he told Trigger: ‘Play it nice and cool son, nice and cool.’

Grandad’s stamp features his classic quote: ‘I’ve always wanted to go to Benidorm. Where is it?’, while Uncle Albert’s says: ‘During the war…’

Another classic moment was when the boys were playing poker and Del Boy tells Boycie: ‘I knew you were cheating, Boycie.

‘Because that’s not the hand I dealt you.’

The hit BBC comedy, which began in 1981, followed the lives of wheeler-dealer Derek ‘Del Boy’ Trotter (David Jason), his hapless brother Rodney (Nicholas Lyndhurst) and their other family members and friends living on a Peckham estate.

The series was then followed by occasional specials until it ended in 2003, with Sir David and Nicholas reprising their roles for a Sport Relief special in 2014.

Royal Mail stamp strategy manager Philip Parker said: ‘The superb writing, comic one-liners and the warmth and idiosyncrasies of its characters made Only Fools And Horses one of the most loved TV comedies of all time.

‘We celebrate 40 years of the Trotters’ wheeling and dealing, with new stamps revisiting some of the show’s classic moments.’ 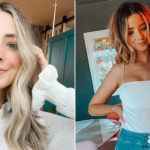 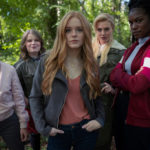 Fate: The Winx Saga cast call for changes in season 2 after whitewashing backlash: ‘We’re being vocal about that’