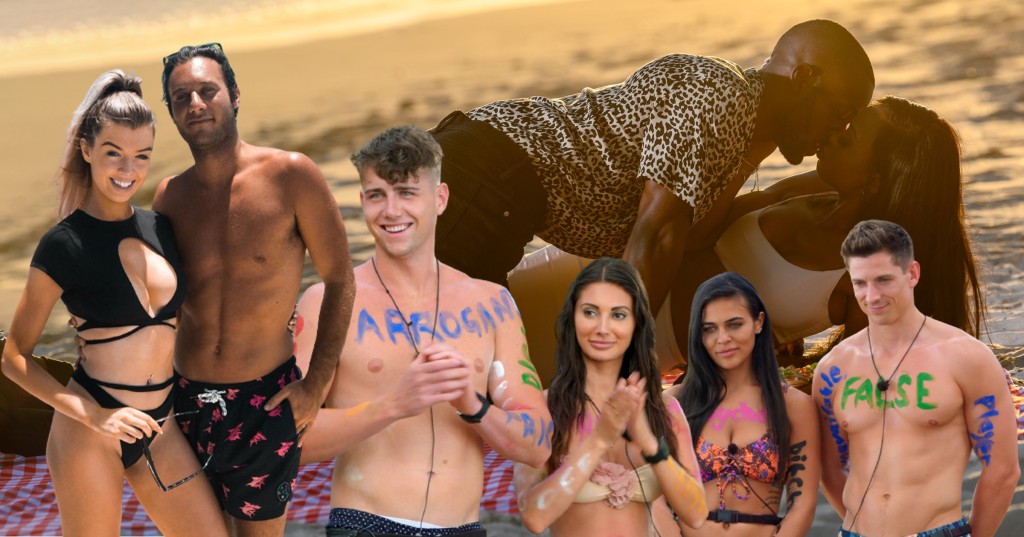 Which Too Hot To Handle couples are still together? (Picture: Netflix)

With the highly-anticipated second season of Netflix’s Too Hot to Handle right around the corner, we thought we would look back at which couples are still together from the first series.

The first season, which premiered last year, saw a group of single individuals enter a house with the aim of splitting a $100,000 (£71,000) cash prize at the end of their stay.

The catch? They had to try and refrain from having any intimate contact with each other for four weeks, with the odd exception here and there.

If anyone broke the rules, they ran the risk of suffering fines. If the contestants showed that they were making meaningful relationships, the rules could be temporarily lifted.

The binge-worthy Netflix series certainly had plenty of drama and eyebrow-raising moments, but a year after the show has ended, did any of the couples from the show manage to stay the course? While they left as partners, they split after their appearance on the show and have dated on and off since.

They recently sparked rumours that they rekindled their romance once again when they were spotted in Mexico together.

Despite their reconciliation, Francesca recently called Harry a ‘piece of sh*t’ in an interview.

During a chat on the Domenick Nati Show, Francesca said: ‘We were getting back together.

‘We were getting to know each other slowly.

‘And then, he was just being extremely disrespectful to me online.’ Sharron and Rhonda couldn’t make the distance work (Picture: Too Hot to Handle/Netflix)

A post shared by Too hot to handle – Bryce (@brycehirschberg)

As for Sharron Townsend and Rhonda Paul, the strain of trying to make their relationship work long-distance outside of the show took its toll.

In an interview with Women’s Health, Rhonda confirmed: ‘Unfortunately, we are not [together]. We are the best of friends; we still do talk, as far as helping each other out… we actually haven’t even had the time to meet since the show. It’s been very difficult with that space between us…so we kind of just agreed to be friends for now.’

It’s since been reported Rhonda has a brand new boyfriend.

While they weren’t together on the show, Nicole O’Brien and Bryce Hirschberg dated once the programme ended.

A post shared by Too Hot To Handle – Lydia ? (@lydiaclyma)

The couple decided to start dating after the show wrapped, making their relationship public in April 2020.

They called it quits later the same year due to the travel restrictions posed by COVID-19, as Bryce lives in California and Nicole lives in the UK.

Lydia Clyma and David Birtwistle didn’t have much time to spark a relationship as Lydia was a late addition to the house, but there was clearly a connection between them.

Following the show, the pair stayed close, but only as friends.

David told Capital FM in May last year: ‘Lydia and I are really close, to be honest, her and I have got a really nice friendship like as far as a romantic thing it didn’t kind of go in that direction.’

Too Hot Hot To Handle season 2 is available to stream now on Netflix.