The 13th series of Dancing on Ice will start tonight, January 17, and viewers at home will see the first six celebrities take to the ice with their professional skating partners.

The show will go ahead as planned, despite a coronavirus outbreak on set initially causing some to worry it would be put on ice.

As well as looking forward to seeing which stars are on the ice, viewers love to see who will be on the judging panel – and what comments they might come out with.

Who are the Dancing on Ice judges this year?

There’d be (frozen) stiff competition to get judges as qualified as Olympic gold medalists Christopher Dean and Jayne Torvill – which is why the pair are back for their thirteenth consecutive series.

Torvill and Dean won the Olympic gold at the 1984 Sarajevo Winter Games for their now iconic Bolero routine.

The pair have acted as judges and creative directors of the show since its first season back in 2006.

Also joining the judges panel for 2021 is Torchwood and Doctor Who star John Barrowman.

On the subject of his departure, Jason said: ‘After all these years I feel it’s time for me to say goodbye to my judging role and return to things I have been putting on hold and have been on the back burner for a while.’

Having the show back could be a welcome return for Barrowman, who has recently admitted to struggling in lockdown.

Rounding off the judges panel is Diversity dancer Ashley Banjo, who joined the show in 2018.

Banjo had a trying 2020 after receiving backlash following a Black Lives Matter themed routine on Britain’s Got Talent with his dance troupe.

Despite the complaints the performance inexplicably drew, Banjo insisted he wouldn’t take any of it back.

Holly Willoughby and Phillip Schofield will also be returning to host the show.

Dancing on Ice starts tonight at 6pm on ITV. 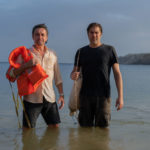 When is the first Dancing On Ice elimination?