Dancing On Ice contestant Sonny Jay took to the rink for the first time in tonight’s episode of the ITV competition show.

The Capital DJ is one of 12 celebrities competing in the 2021 series and is skating with professional skater Angela Egan, who joined the show this year.

But who is Sonny and haw did he come to be in the spotlight?

Who is Sonny Jay?

Sonny Jay is a 27-year-old singer and radio presenter on Capital who is best known for being a member of the group Loveable Rogues, a boy band that appeared on the sixth series of Britain’s Got Talent in 2012.

The group, which consisted of Sonny, Eddie Brett, and Te Qhairo Eugene, finished in fourth place with 5.7% of the final vote, behind the winners Ashleigh and Pudsey and runners-up Jonathan & Charlotte.

One year later, it was announced that the band had been dropped by their record label Syco Music.

In 2014, Loveable Rogues confirmed they had split.

‘To all our fans and followers – and anyone else who has dipped into our adventure over the past five years – we have some news,’ they said in a statement.

‘The three of us, who you’ll know as the Loveable Rogues, have made the tough, but self-assured decision to part ways at the end of the year.

‘We’ve had the most incredible time as a band – writing, performing, touring and playing together for half a decade – but the time feels right to head in different directions and take on new endeavours.’

They continued: ‘We were delighted to finally release our debut album this year, and the response and love for it was incredible, so thank you again to everyone who remained patient and bought it. It made the endurance worthwhile.’ 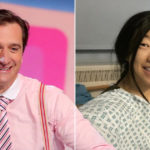 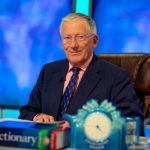 Countdown: Nick Hewer amazed at NHS efficiency as he gets Covid vaccination