The Grand Tour’s Richard Hammond has found a new partner-in-crime in Tory Belleci – and they’re heading for disaster in new Amazon series, The Great Escapists.

The pop science show will see Tory and Richard use their skills and wit to survive life on a desert island – with no James May or Jeremy Clarkson in sight.

(Well… Clarkson is kind of there. In spirit at least.)

So what exactly can we expect from the show and where would you know Tory from?

Here’s everything you need to know – exploding condoms and all.

Who is Tory Belleci?

Salvatore ‘Tory’ Belleci is a US TV star best known for science show MythBusters – where he uses scientific techniques, and preferably some explosions, to prove or disprove common theories.

He joined the team in 2003 behind-the-scenes, but soon became known as the ‘daredevil’ of the show, thanks to his love of explosions and creating explosive devices.

As part of his work as a designer, he helped build the models to create Star Wars: The Phantom Menace’s pod racers, and Federation Battleships.

He was also a model maker for blockbuster hits including The Matrix: Reloaded, Van Helsing and Terminator 3: Rise Of The Machines.

In 2020, he started hosting The Explosion Show.

He is 50 years old, and as of 2020 is married to longtime girlfriend Erin Bothamley.

What is The Great Escapists about?

The Great Escapists is a pop-science series that’s perfect for kids who want to learn the fun side of science – and parents who are trying to teach their kids during lockdown.

Richard and Tory are left stranded on a desert island after a shipwreck accident, and now have to figure out how to survive while they wait for help.

While Richard is more than happy to embrace life on an island, Tory is more hands on in trying to figure out their escape and stay safe.

As a result, soon things descend into chaos as they try and build a treehouse without killing each other in the process.

There’s a pineapple canon involved, guys. It gets messy.

When does Richard Hammond’s show launch on Amazon Prime Video?

The series is available from January 29 on Amazon Prime Video.

It runs for six, hour-long episodes, which includes figuring out how to create a lighthouse, creating an aircraft, and building boats that don’t sink.

… We cannot guarantee they do any of these things successfully!

The Great Escapists is available now on Amazon Prime Video. 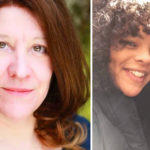