A contestant who appeared on tonight’s Who Wants To Be A Millionaire? walked away with an amazing £64,000 after lucking out on a question that she was guaranteed to know the answer to.

On the latest episode of the ITV quiz show, Mainga Bhima was the final contestant of the evening to face Jeremy Clarkson in the studio.

Mainga proved herself to be a very strong player, soaring through the questions and using only two of her lifelines before reaching the £64,000 question.

Having set £64,000 as her second safety net, Jeremy asked her the following question: ‘In 2013, Penguin merged with which other company to form the world’s largest book publisher?’, the options being: ‘Simon & Schuster, Random House, Pan Macmillan and Harper Collins.’

At the sight of the question, Mainga beamed, holding her face in her hands.

After Jeremy mentioned that he’d seen Mainga’s notes and so knew why she was reacting in that way, she explained that she used to work at the company that the question referred to.

‘I can’t believe this. I used to work there,’ she said. ‘I was there when they merged! It was Random House!

‘So I worked at Random House Publishers and then we merged with Penguin to become Penguin Random House. And I spent a good few years working in the children’s fiction editorial team, shoutout to all those guys.’

Before saying again that it was the ‘weirdest thing’ that the question came up, Mainga told Jeremy that the answer was Random House ‘a million times over’.

Several people watching the programme were astounded by Mainga’s luck.

‘What incredible coincidence. Probably the easiest £64,000 Mainga ever earned!’ one person tweeted.

‘Wait a minute! Just WAIT a minute! She’s just won £64k answering a question about a company she worked for!!’ another person said.

Although Mainga answered the following question wrong for £125,000, her previous success meant she still left with a well-earned £64,000.

Who Wants To Be A Millionaire? returns next Sunday evening on ITV. 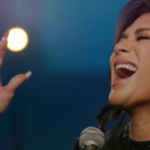 Nicole Scherzinger floors viewers with killer vocals as she performs on Musicals: The Greatest Show 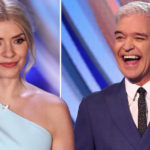