Yep, it’s thought that Clancy’s wife Sarah had an affair with Eddie, and Ralph is a product of their whirlwind romance.

Eagle-eyed viewers have pointed out that Ralph bears no resemblance to that of his supposed father, who has blue hair and an upturned nose.

But, sure enough, the schoolboy shares a similar trait with Eddie in their stranded black hair.

Fans have filled Reddit with the theory, alongside pictures of Ralph and Eddie together as ‘evidence’.

‘Cheif Wiggum’s wife had an affair with Eddie and Ralph is actually his son,’ wrote one.

Meanwhile, another suggested that Eddie could have donated his sperm to Clancy and Sarah as an earlier episode of the Simpsons referenced Clancy’s reproductive organs being ‘withered and useless’.

However, while the theory of Eddie being Ralph’s true father would be quite the scandal, it appears it doesn’t have legs to it.

Firstly, Ralph and Clancy’s father and son relationship wasn’t established until season 4, which perhaps explains why the pair don’t look like each other.

In the season 23 episode Holidays Of Future Passed, the show flashes forward 30 years in the future and shows a grown-up Ralph, who is working as a police officer, pulling Bart over.

The scene revealed Ralph’s thin stranded black hair had indeed thickened and turned blue, imitating that of his dad Clancy and therefore suggesting the two are related after all.

The Simpsons is available to stream on Disney+. 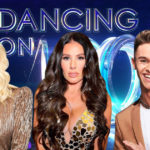 All the Dancing On Ice 2021 accidents so far: From Denise Van Outen’s shoulder to dance pro’s ‘stabbed’ leg 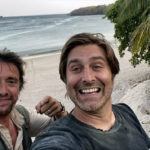