While The Simpsons has seemingly forecasted many an event in the future, which we’ve mentioned quite a lot over the years, what about the wild fan theories within the show?

It’s not exactly a fan theory that Donald Trump will become president, after it was ‘predicted’ in a previous episode of the long-running Fox series, but the theory that Bart Simpsons actually created the whole premise of the show?

Well that is a wild fan theory if we’ve ever heard one.

From the Simpsons family all being geniuses, to Homer being in a coma for decades, hardcore fans have been reading between the lines of each episode to try and see if there are hidden meanings we’re meant to pick up on.

While some are arguably more believable than others, it’s a fun ride at least.

The latest stems from Chief Wiggum not being Ralpch’s biological dad.

Instead, fans are convinced that Ralph is the child of Clancy’s fellow Springfield police department colleague, Eddie, after he had an affair with Sarah Wiggum.

What has fans believing this brain-tickler? Some have pointed out that Ralph bears no resemblance to that of his supposed father, who has blue hair and an upturned nose. But, sure enough, the schoolboy shares a similar trait with Eddie in their stranded black hair.

It seems that one has been well and truly myth-busted, seeing as Ralph and Chief Wiggum’s father and son relationship wasn’t established until season four, which perhaps explains why the pair don’t look like each other.

What other spicy theories are afoot?

The entire show is told from Ned Flanders’ perspective

This one is a little hard to believe as even though he’s a pivotal character, he is missing from quite a lot of the series.

One fan theorised, however, that this is the case simply from the caricature we’ve been painted of the Simpson family: that is, we see ‘Homer as dumb, Bart as a little brat, Lisa as wasting her potential, and Marge as long-suffering’.

Is that what Flanders sees and therefore he’s projecting that onto the viewer, despite the family actually being quite normal? One fan thinks so.

Barney Gumble and Moe are the same person

One fan theorised that Barney is Moe after he has Professor Frink use his time machine to change his childhood under the psydonym of Barney Gumble – who turns into Homer’s beer-swilling best friend – in the hopes of leading a less-depressed life.

However, he walks into Moe’s, gets drunk and forgets the whole reason of his new existence.

Along the same vein, another theory is that Nelson is actually Barney and follows the same theory as above.

This depressing theory centres around Homer after he was plunged into a coma in the 1993 episode So It’s Come to This: A Simpsons Clip Show, after a vending machine falls on him. Naturally.

Even though Homer wakes up at the end of the episode and all is well, one theory suggests that all episodes that have happened after are merely scenes conjured by Homer’s unconscious mind and don’t actually exist.

Especially as they get more and more surreal as the series goes on.

It adds that when he wakes up, that will mark the end of the series as time then begins again as normal. Which does make sense when you take into account the theories below about the time loop and the series ending where it began…

What also made the theory so eerie was episode Homer The Heretic, which has the following exchange between Homer and God where our protagonist asks what the meaing of life is.

‘You’ll find out when you die,’ God replies, as Homer then says he ‘can’t wait that long’.

That aired around six months before Homer was crushed by the vending machine. Even so, producer Al Jean has dismissed this one particular theory. Sorry folks.

Bart died in an unaired episode

While characters on the show rarely die (apart from Maude Flanders, we should add), one early episode from the series sees Bart bite the dust, according to some intense fandom chatter.

The rather grim theory floating around suggests that there is an unaired episode out there titled Dead Bart, in which the eldest Simpson kid was killed after being sucked from an airplane.

We told you it was grim. But it’s also been debunked by some as a simple Creepypasta story gone rogue, while showrunners also named an episode Bart’s Not Dead, seemingly in a nod to the hardcore theory.

There is some grainy footage on the internet which some diehard fans may use as evidence, but the jury is out on that one as to its origin.

We can believe this one on some levels, seeing as everyone has remained the same age over the 30+ years of the series.

Should the characters be ageing Bart would be well into his 40s now.

While some may simply put it down to the fact each episode exists on its own and doesn’t follow a strict linear chronology, we’d love there to be more behind Matt Groening’s decision. If there was a decision behind it.

The fact we see many flashbacks of the family as children, and Marge and Homer meeting in high school and so forth, leads us to believe this one might remain one of those theories that goes no further than our imagination.

Springfield is stuck in a time-loop

As well as the no-ageing-business, other fans believe the world outside Springfield evolves while those in the town are stuck in some sort of time-loop.

4chan users have suggested keeping the town in some sort of continuum ‘allows it to be much bigger than the space it takes up…as well as shift its location as needed’.

So, essentially, some fans believe while the world changes around Springfield, it, and its inhabitants, remains the same (but can move locations – which is why we never really know the location of Springfield in the United States).

One long-held example of people leaving Springfield and all of a sudden ageing is The Italian Mob, when we catch up with Sideshow Bob after a certain period of time.

While The Simpsons are all the same, Bart’s enemy is now the mayor of a small Italian village, and has a wife and child with a proclivity for vendetta.

This makes some pretty eerie sense seeing as there is a long-held fan theory of how the show will end – essentially looping back on itself and re-creating the opening theme as the final episode.

Have we been watching one continuous loop this whole time?

According to this theory, every member of the Simpsons family is a smarty pants – not just Lisa.

One Redditor theorised the family has demonstrated their various mental abilities at some point, including Grandpa’s flashbacks of him playing piano and flying fighter planes (not at the same time). While Marge chose to stay at home, despite her success at school and promising feminist activism, even Maggie is thought to be a genius, saving her family members, while also showing off talents behind her family’s back.

In 2001 episode HOMR, Homer also shows off he has a brain after all after a crayon which was lodged in it as a child is removed.

One fan theorises on Reddit: ‘The crayon was briefly removed he becomes a genius, doing such things as proving God doesn’t exist, but he put it back in order to avoid ostracism from his friends and community. Ultimately, he chooses to replace the crayon in order to go back to his happier, simpler life.’

In fact, the whole family chooses happiness over genius, apart from Lisa.
The theory suggests that Bart shuns his natural genius after seeing Homer happier without intelligence, and chooses to live the Bart way (or, as Ruttiger, in one appropriate episode…)

This one is an absolute doozy and makes complete sense seeing as Matt Groening has said he based the famous family off his own.

Does this also link back to the theory of the finale?

There are multiple Hans Moleman

According to some punters, the lovable, but unlucky, character is actualy part of a large group of Hans Moleman clones and every one we see is ever so slightly different.

Seeing as poor Moleman is often getting into many a sticky situation that would probably kill any other – from car crashes to being kicked into oblivion by robots – this could have legs.

One commenter on this Reddit theory suggested: ‘They are a race of human-mole hybrids that live under Springfield. In their gradual attempts to take over the world they are taking up jobs one by one in Springfield. Luckily though, Homer’s shenanigans kills them off as fast as they can come to the surface.’

Piers Morgan admits he ‘plays up’ Good Morning Britain persona: ‘I prefer to be divisive and polarising’ 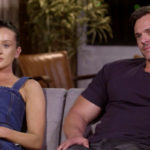